My journey of self-discovery 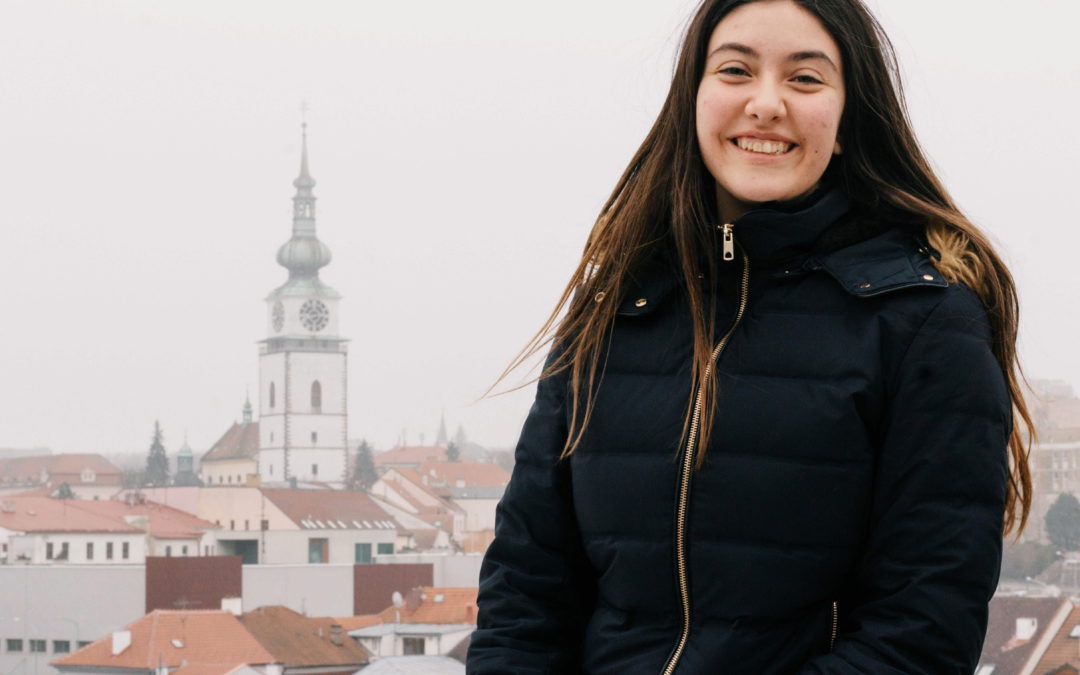 The first time I found out I was going on exchange to the Czech Republic, I was terrified… I didn’t even know where it was located on the map! I’ve never traveled to Europe before, but one of the things people tell you when they find out you’re going–besides “wow, it’s so beautiful there!”- is that people (especially in the Slavic countries) can be really cold. I’ve heard stories of how hard it is to fit in, and make friends takes so much effort because when they see someone new, they won’t talk to them unless the new person does it first. I’ve heard about how strict Czechs are, and how they take everything so seriously…

That’s why when they told me I was coming here, even though I wasn’t going to get carried away by what other people told me, I prepared myself mentally for these “coldness” and for having to put myself out there like I’ve never done before in my life. I couldn’t have been more surprised when I got here.

I’ve always been a shy girl, afraid of speaking up in front of other people or being the one that takes the first step. If I could avoid any new or unknown situation that involved talking to people I’ve never met before or didn’t know so much, I would do it. The thought alone of having to talk to strangers made me so anxious. So this exchange was a really big challenge that I imposed myself to do… a way to change the things about my personality that I wasn’t very proud of, like my self-doubt and my shyness. And I knew it would be a big test for me, to be out there in the real world, all by myself without my loved ones… I knew, that no matter how hard it was going to be, I would be at least a little more extroverted. But the real changes that the exchange brought in me… I would’ve never been able to dream it. Not only I don’t mind engaging in conversations with strangers, but I actually enjoy it!

I also stopped being so hard on myself for my “weaknesses” or my mistakes. Before, one of my greatest anxieties when talking to people was the fear of making a mistake. If that happened, even if it was a silly mistake, I would blush so hard and wouldn’t be able to stop thinking about how bad I looked in front of them for the whole day. I was so afraid of being judged that I actually forgot to look at myself through my own eyes, instead of everyone else’s.

There’s a saying my dad always says to me: “La perfección es enemiga de lo bueno”. Now, I know this is Spanish, so I’ll try to translate this as accurate as possible…. It would be something like “Perfection is the enemy of the good”. I never understood this until I came here. That’s when something changed in me. I stopped blaming myself for my errors and began embracing them, so that I could learn, move on and never look back at them. Acknowledging every time that mistakes are what makes us human. That I can’t aspire to be perfect, because that is not real.

So I started to be more open and sociable. The first day of school, I remembered being so anxious, that I was doubting if I should go in the class and meet my classmates before it started, or wait for the teacher to introduce me. I decided the best thing to get to know them would be to go in and introduce myself. I was extremely nervous so I just sit in the first available seat (it happened to be the only one left, right on the front row, and I was sitting alone).

Right when I got in, the girls sitting behind me said hello and started talking to me, asking me about the exchange… I was astonished. I came in expecting nothing but silence and weird looks and ended up talking to most of my classmates and making tons of friends.

When I started writing this I had in mind to talk about how is to be a Latina living in Europe… But I guess my mind had other plans, so instead, I share with you my personal journey throughout exchange and how it helped me to be the strong person I am today.