From Wikipedia, the free encyclopedia, Lonely Planet and Czech Tourism

Since the fall of communism in 1989, the Czech Republic – and its capital in particular – has evolved into one of Europe’s most popular travel destinations.

Everyone who visits the Czech Republic starts with Prague, the cradle of Czech culture and one of Europe’s most fascinating cities. Prague offers a near-intact medieval core of Gothic architecture that can transport you back 500 years – the 14th-century Charles Bridge, connecting two historic neighbourhoods across the Vltava River, with the castle ramparts and the spires of St Vitus Cathedral rising above, is one of the classic sights of world travel. But the city is not just about history; it’s a vital urban centre with a rich array of cultural offerings, and a newly emerging foodie scene.

The Czech Republic’s location at the heart of the former Austro-Hungarian Empire has seen a long history of raiding tribes, conquering armies and triumphant dynasties. This turbulent past has left a legacy of hundreds of castles and chateaux – everywhere you look there seems to be a many-turreted fortress perched above a town, or a romantic summer palace lazing peacefully amid manicured parkland. The number and variety of Czech castles is simply awe-inspiring – everything from grim Gothic ruins clinging to a dizzy pinnacle of rock, to majestic, baroque mansions filled with the finest furniture that Europe’s artisans could provide. 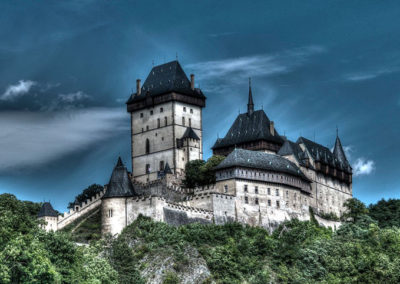 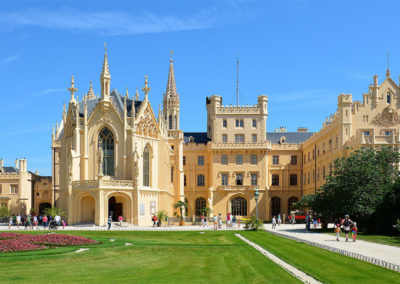 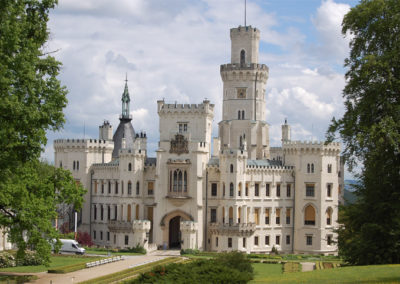 The Czech Republic may be a modern, forward-thinking nation riding into the future on the back of the EU and NATO, but it is also a country rich in tradition. This is most apparent in South Bohemia and Moravia, where a still-thriving folk culture sparks into life during the summer festival season. During this time, communities from Český Krumlov to Telč to Mikulov don traditional garb, pick up their musical instruments – and wine glasses – and sing and dance themselves silly, animating ancient traditions in one of the best examples of ‘living history’ in the Czech Republic.