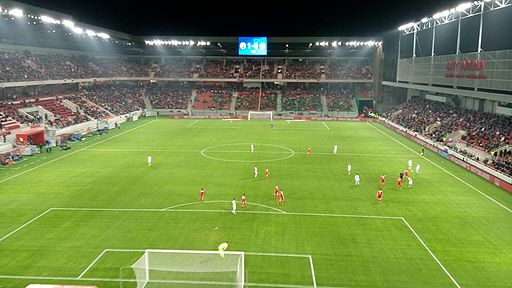 Sport in Slovakia is influenced by its climate and geography; popular summer sports include football, tennis, volleyball, swimming, cycling and hiking, popular winter sports include skiing and snowboarding. The most watched sports in Slovakia are football, ice hockey and tennis. Internationally, the most successful sport in Slovakia is ice hockey where currently, as of 2017, the country is ranked as the eleventh best team in the world by the IIHF World Ranking.

Association football is the most popular sport in Slovakia, with over 400 thousand registered players. Since 1993, Slovak national football team has qualified only once to the FIFA World Cup or UEFA European Championship, in 2010, in which they proceeded into Play-offs, where they were defeated by Netherlands. The most notable result was the 3–2 victory over Italy.

In club competitions, only three teams have qualified to UEFA Champions League Group Stage, namely MFK Košice in 1997–98, FC Artmedia Bratislava in 2005–06 season and MŠK Žilina n 2010–11. FC Artmedia Bratislava has been the most successful team after finishing 3rd in Group Stage and therefore qualifying to Round of 32 of UEFA Cup. They also remain as the only Slovak club that has won a match in Group stage.

During Czechoslovak era the most notable result of a Slovak club was Slovan Bratislava‘s victory in 1968–69 European Cup Winners’ Cup against FC Barcelona.

After the dissolution of Czechoslovakia, Slovak national ice hockey team started competing in Group C (lowest tier) of IIHF World Championships. After winning Group C in 1994 and Group B in 1995 Slovakia was promoted to Group A for 1996 World Championship. Since then, Slovak hockey team has won one gold medal in 2002, two silver medals (in 2000 and 2012) and one bronze medal in 2003.

Slovakia has had many players in the NHL. From the Czechoslovak era, the most famous are Stan Mikita and Peter Šťastný. Since the Velvet revolution there have been much more Slovak players in the NHL, such as Peter Bondra, Marián Hossa, Pavol Demitra or Zdeno Chára.

In addition to the players in NHL, many Slovaks play in various leagues all over Europe, most of them in international KHL. As of 2012–13 season, there are 50 Slovak players playing in KHL, which is due to a Slovak team HC Slovan Bratislava competing in this league.

There are also three national hockey leagues in Slovakia, with Tipsport Extraliga being the top tier of the system. Most league titles (8) were won by HC Slovan Bratislava.

Slovakia also organized the 2011 IIHF World Championship, which was won by Finland. The venues were Bratislava and Košice and all matches attracted 406,804 visitors.

Ice hockey is probably the most popular sport in Slovakia. After finishing 2nd in 2012 IIHF World Championship a cheering crowd of tens of thousands people greeted the national team players on SNP Square in Bratislava, which exemplifies the popularity of this sport in the country.

Whitewater slalom is the most successful Olympic sport in modern-day Slovakia with 10 gold, 2 silver and 4 bronze medals since 1993. Furthermore, Slovakia has won 43 medals  at World Championships, 69 medals  at European championships and 28 World Cups since 1993. Apart from winning many World and European Championships, Slovak canoeists collected medals in each Summer Olympic Games since their first appearance in Atlanta 1996. The most famous athletes are Michal Martikán, Pavol Hochschorner/Peter Hochschorner, Ladislav Škantár/Peter Škantár, Elena Kaliská and Jana Dukátová. 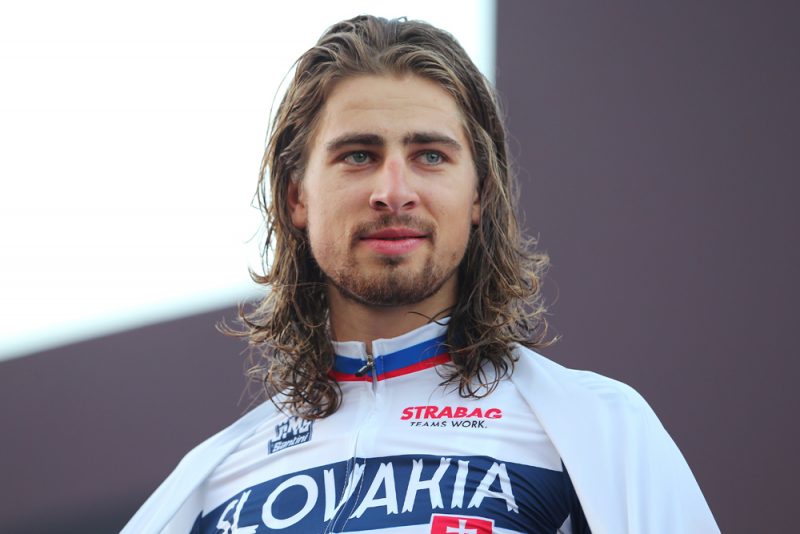 The best known Slovak cyclists currently competing are Peter Sagan and brothers Martin and Peter Velits. Sagan won three stages of the 2011 Vuelta a España, and at the 2012 Tour de France he won three more stages and the points classification. He repeated his victory in the points classification in the 2013 Tour and won another stage, and subsequently retained his points jersey in 2014, 2015 and 2016. He won the Road Race World Championship in 2015 and 2016. Peter Velits was classified second at the 2010 Vuelta a España.

Veronika Velez-Zuzulová has been a top-ranked slalom skier since her emergence in the mid-2000s. She has twice finished third in the Alpine Skiing World Cup slalom standings: in 2008 and in 2013, a season in which she also scored two World Cup wins. She has since been followed by Petra Vlhová, who won the slalom at the 2014 World Junior Championships before taking her first World Cup race win in December 2015 in a slalom in Åre.

Anastasiya Kuzmina has enjoyed success in biathlon. At the 2010 Winter Olympics she won a gold in the sprint and a silver in the pursuit. She successfully defended her sprint title at the 2014 Winter Olympics. She also won a silver medal in the mass start race at the 2009 World Championships and a bronze in the sprint at the 2011 Worlds. Martina Halinárová won a silver medal in the pursuit at the 1999 World Championships.