Traditional Slovak cuisine is based mainly on pork meat, poultry (chicken is the most widely eaten, followed by duck, goose, and turkey), flour, potatoes, cabbage, and milk products. It is relatively closely related to Hungarian, Czech and Austrian cuisine. On the east it is also influenced by Ukrainian and Polish cuisine. In comparison with other European countries, “game meat” is more accessible in Slovakia due to vast resources of forest and because hunting is relatively popular. Boar, rabbit, and venison, are generally available throughout the year. Lamb and goat are eaten but are not widely popular. 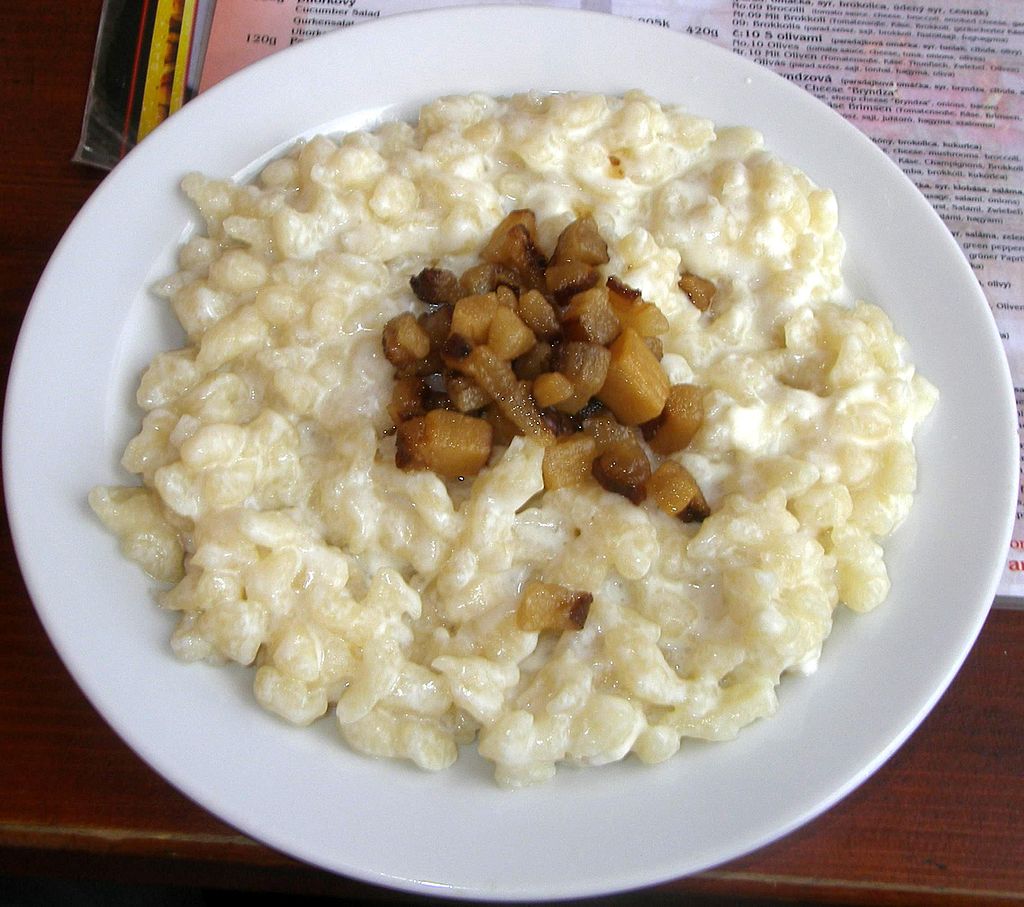 A typical soup is a sauerkraut soup (“kapustnica”). A blood sausage called “krvavnica”, made from any and all parts of a butchered pig is also a specific Slovak meal.

Traditionally the main meal of the day is lunch, eaten around noon. However, changing work routine has altered this in the recent decades; today, many Slovaks have their main meal in the evening. Lunch in Slovakia usually consists of soup and a main course.

Pork, beef and poultry are the main meats consumed in Slovakia, with pork being the most popular by a substantial margin. Among poultry, chicken is most common, although duck, goose, and turkey are also well established. Game meats, especially boar, rabbit, and venison, are also widely available throughout the year. Lamb and goat are also available, but for the most part are not very popular. The consumption of horse meat is generally frowned upon.

Grilled meat is not common in Slovakia. Instead, meat is either breaded and fried in oil (schnitzel), or cooked and served in sauce. Hungarian influences in Slovak cuisine can be seen in popular stews and goulashes. However, these have been given Slovak touches. Chicken paprikash is typically served with halušky and Hungarian goulash (spicy beef stew) is served with slices of a large bread-like steamed dumpling.

Local sausage types include krvavničky, a blood sausage, and jaternice (traditionally called hurky), a sausage with rice containing any and all parts of a butchered pig.

Usually baked at Christmas time, but also all year long, Slovak traditional sweets are usually home baked and harder to find in stores.