The Czech landscape is exceedingly varied. Bohemia, to the west, consists of a basin drained by the Elbe (Czech: Labe) and the Vltava rivers, surrounded by mostly low mountains, such as the Krkonoše range of the Sudetes. The highest point in the country, Sněžka at 1,603 m (5,259 ft), is located here. Moravia, the eastern part of the country, is also quite hilly. It is drained mainly by the Morava River, but it also contains the source of the Oder River (Czech: Odra). 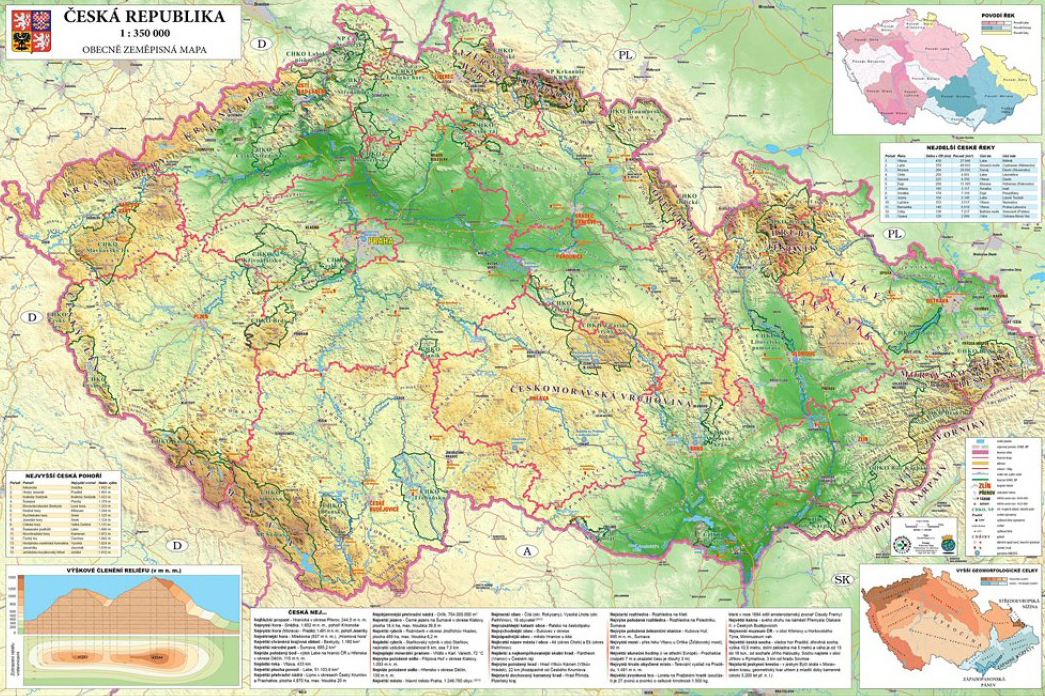 Water from the landlocked Czech Republic flows to three different seas: the North Sea, Baltic Sea and Black Sea. The Czech Republic also leases the Moldauhafen, a 30,000-square-metre (7.4-acre) lot in the middle of the Hamburg Docks, which was awarded to Czechoslovakia by Article 363 of the Treaty of Versailles, to allow the landlocked country a place where goods transported down river could be transferred to seagoing ships. The territory reverts to Germany in 2028.

Phytogeographically, the Czech Republic belongs to the Central European province of the Circumboreal Region, within the Boreal Kingdom. According to the World Wide Fund for Nature, the territory of the Czech Republic can be subdivided into four ecoregions: the Western European broadleaf forests, Central European mixed forests, Pannonian mixed forests, and Carpathian montane conifer forests.

The three historical lands of the Czech Republic (formerly the core countries of the Bohemian Crown) correspond almost perfectly with the river basins of the Elbe (Czech: Labe) and the Vltava basin for Bohemia, the Morava one for Moravia, and the Oder river basin for Czech Silesia (in terms of the Czech territory). 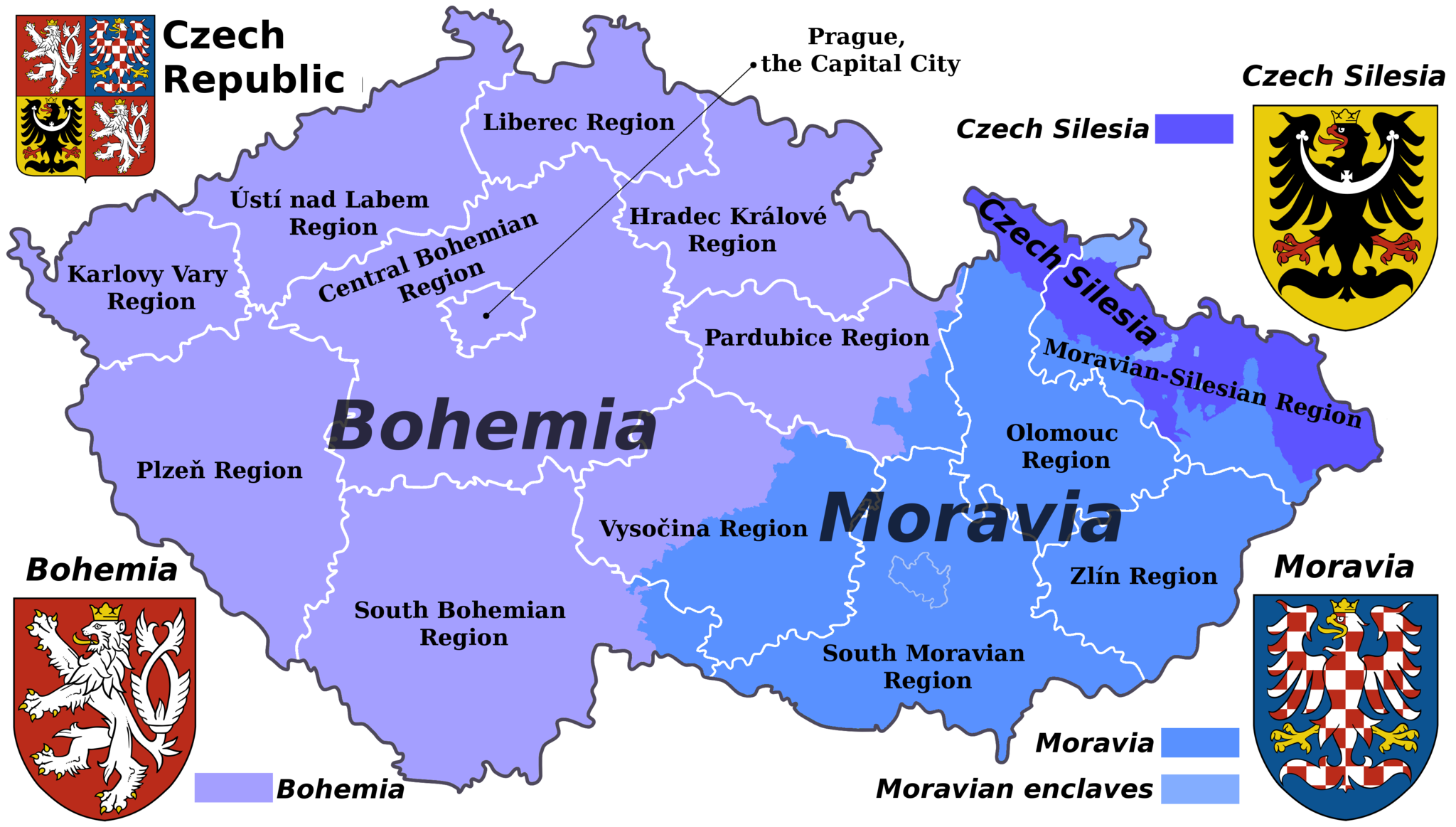