Skiing for the first time 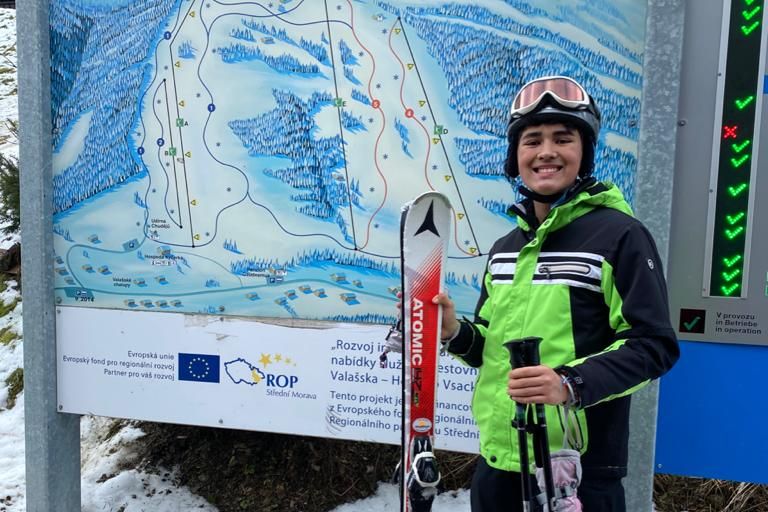 Many things happened after the meeting in Trebic. During the holidays in Ostrava (in the beginning of February), my host family took me to Velké Karlovice, a small village around Ostrava. We stayed there for four days and it was the first time I would try skiing.

We arrived at Tuesday afternoon. Our day started with breakfast and lunch at home and then, after a one or two hour car trip, we got there and did the check-in at the hotel Trata, place where we were going to sleep in the next days.
Was already three p.m. when our bags were in the room and there was some sun still, so my host brother and mother went to the lift while I had my first ski lesson, in the very bottom of a hill.
My host parents enrolled me in a ski course for beginners, so, that afternoon, I meet with my tutor who took me to the very starting point. Being among three-four year children embarrassed me a little, but in the second day, I was going to an actual hill, and the awkwardness went away.

The hotel was very impressive. The room were comfortable and the food was tasty. However, by far the features that stuck with me are the pool and the saunas, which were an effective way to relax and to calm down after a full day of skiing.
The last two days were the most fun. I was more comfortable with the ski boots and I was going to the same mountain as my host parents. The tutor and I were already friends and I nearly did not fell (although walking with the skies still a big challenge for me). Overall the fails and the snow I have eaten, those were great days and a good preparation for ski week. 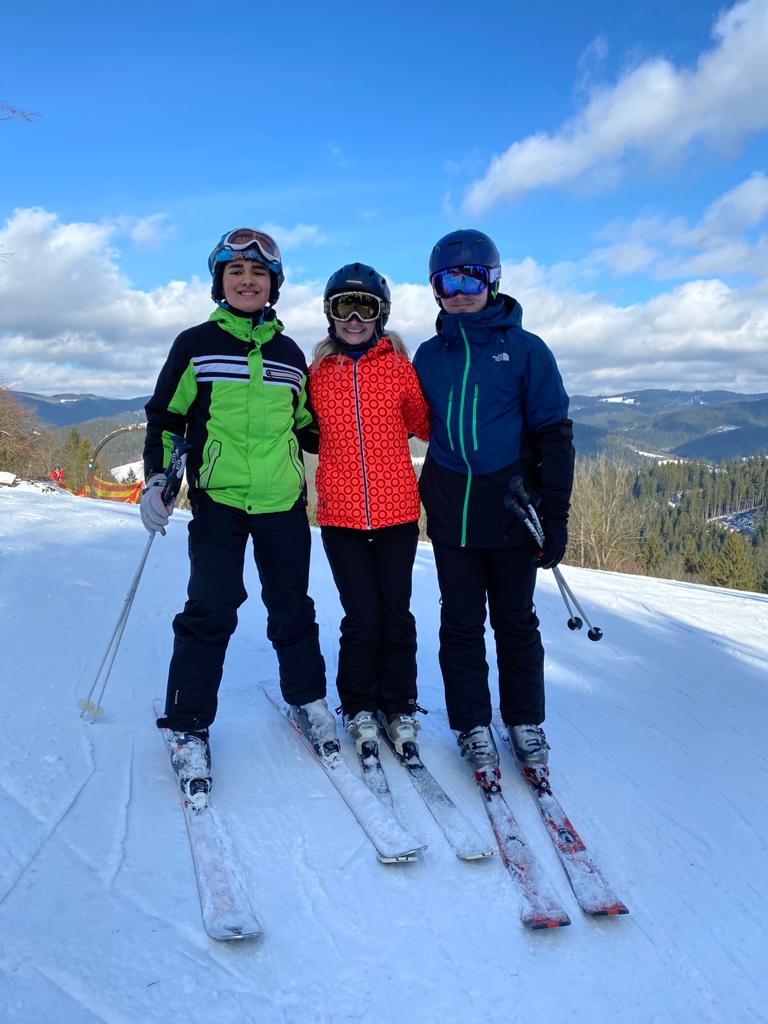 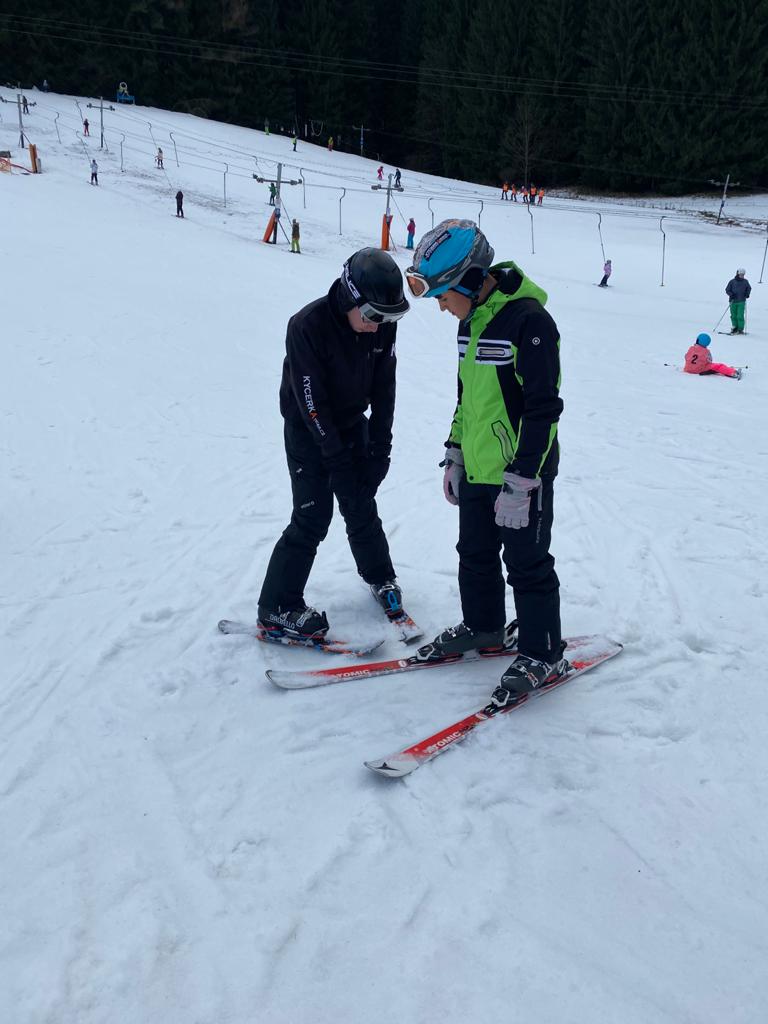 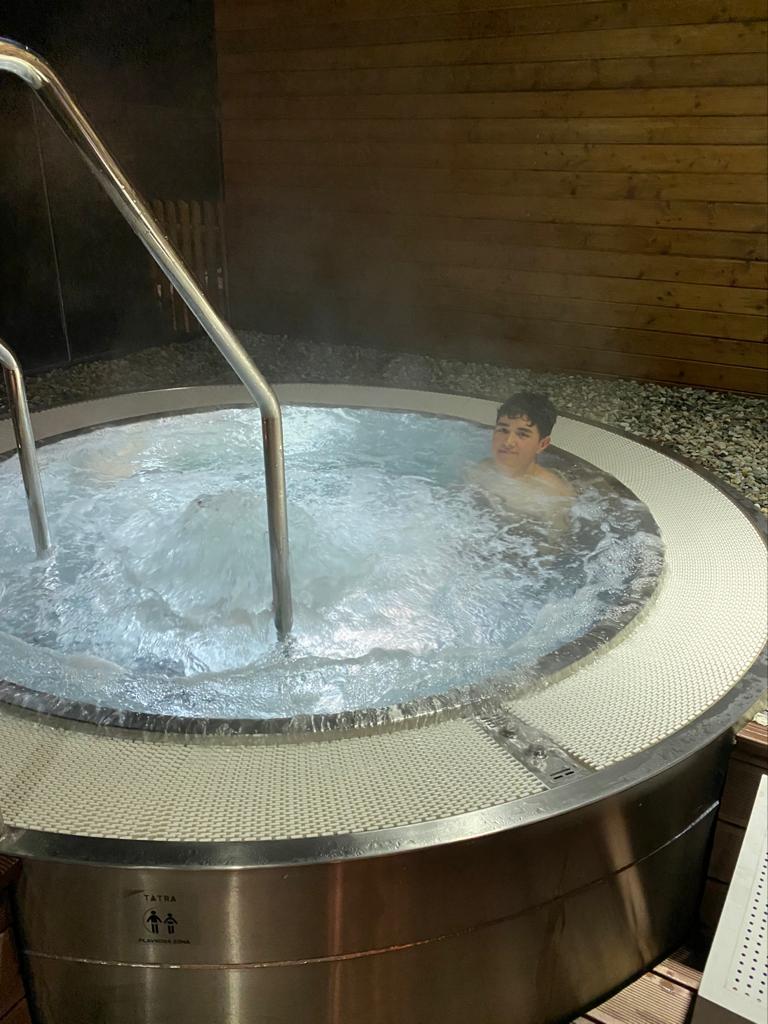