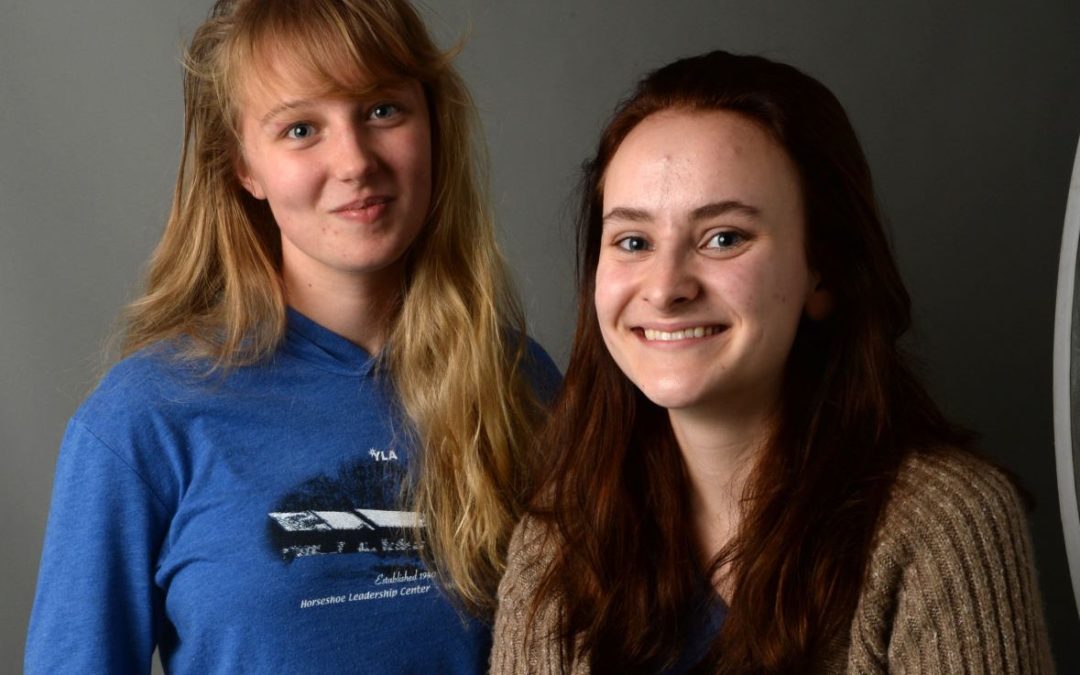 She mentioned that the Charleston Vandalia Rotary Club was starting a new exchange program for high school students. Did she know any local students who might be interested in going to Slovakia?

It turned out one of the two local teenagers who might be interested was Wirts’ daughter, Elizabeth.

“I was, like, Slovakia, huh? I didn’t even know where Slovakia was,” Elizabeth Wirts recalled.

But the prospect of heading abroad for the first time as part of a month-long exchange program appealed to the George Washington High School senior.

She partnered on the exchange with Capital High School senior Cora Dunlap. In the summer, they undertook an eye-opening, life-expanding trip that also included a return visit to Charleston by a Slovak student, Margareta Sulova, who stayed two weeks each with Wirts and Dunlap.

“It was just the best experience, and it made me ready for life and to travel the world,” Wirts said.

In addition to the time spent learning about Slovakia, with side trips to Prague, Vienna and elsewhere, Dunlap said she delighted in returning the favor of opening up the world to her newly made Slovak friend.

“I think my favorite part and the part that made an impression on me was bringing Meggie back to the United States and having an opportunity of seeing all these things I really love through her eyes,” she said.

The exchange was the latest installment of a decades-long Sister City arrangement between Charleston and Banska Bystrica, in the heartland of Slovakia, which has resulted in numerous trips back and forth by each city’s residents.

Steve Hopta said the Vandalia Rotary Club joined forces with the Banska Bystrica Rotary Club to further the exchange of citizenry between the two cities, spurred by visits to Charleston by Csilla Dropova of the Slovak club.

“With the Sister City relationship with Banska Bystrica, it was just a natural extension of that Sister City initiative to carry on over into a rotary student program,” Hopta said.

Sisterhood implies similarity and connection, and Dunlap said she was struck by the connections between Slovakia and West Virginia.

“I had read before we went about this phenomenon called ‘mountain culture,’ where people from similar geographic places like Appalachia, but also the Ozarks or the mountains in Slovakia and Hungary and Romania, have very similar cultural markers, like understandings of how they are supposed to interact with each other,” Dunlap said. “So it wasn’t so different culturally.”

“It was basically just like Vandalia — they had handcrafted dresses and belts and embroidery,” she said.

“The town square was my favorite — the little shops and the historic museum,” Wirts said.

Slovakia’s complicated history presented itself in various ways. Slovakia was formerly part of Czechoslovakia, becoming an independent state on Jan. 1, 1993. For decades before that, the country was under Communist rule and before that was a satellite state of Nazi Germany during World War II.

The museum Wirts referred to was the Museum of the Slovak National Uprising, opened in 1969 as a memorial to a 1944 armed insurrection organized by the Slovak resistance movement during World War II.

Despite that history, in recent years, some Nazi-sympathizing politicians have gained power in the Banska Bystrica region.

“The time we were there, there had recently been a local election in which the Nazi Party had had several people elected, and some people were up in arms about that,” Dunlap said. “There were campaign signs like billboards on the roads.”

She couldn’t read the language, but, she added, “I understood the tone of it.”

Both noted the divided way some Slovaks look at their past.

“I learned an interesting cultural thing is that when someone says something is ‘old’ and they’re apologizing for it, it’s something Communist,” Dunlap said.

When they say something is old, but they say it with pride, then it is something that predates World War II and the Communist rule that descended on the country for decades afterward, she said.

The trip made a deep impression on both of them.

Dunlap said she is not yet sure of the specific career she hopes to pursue, but the exchange was a rich experience that deepened her perspectives.

“I have just recently been getting to know myself. I think that this maybe solidified some things and made me realize I had been right to pursue this and pursue that,” Dunlap said. “I mean, I like history, I like writing. I appreciate the need for politics. I’ve been maybe centering what I do around that more, but it’s not a set path. I think I’m just going to keep studying.”

“Most of all, it made me want to travel more,” said Wirts, who hopes to pursue a career as a computer programmer, a job that could take her far afield.

She recalled a visit to an ancient castle in the Slovak mountains and then up to a ski lift.

“We were up on the ski lift, and it was really cold and windy, but it was just so beautiful,” Wirts said. “And I just remember thinking, ‘I need to travel any chance I get because you can’t just see this anywhere. This is just really cool.’”