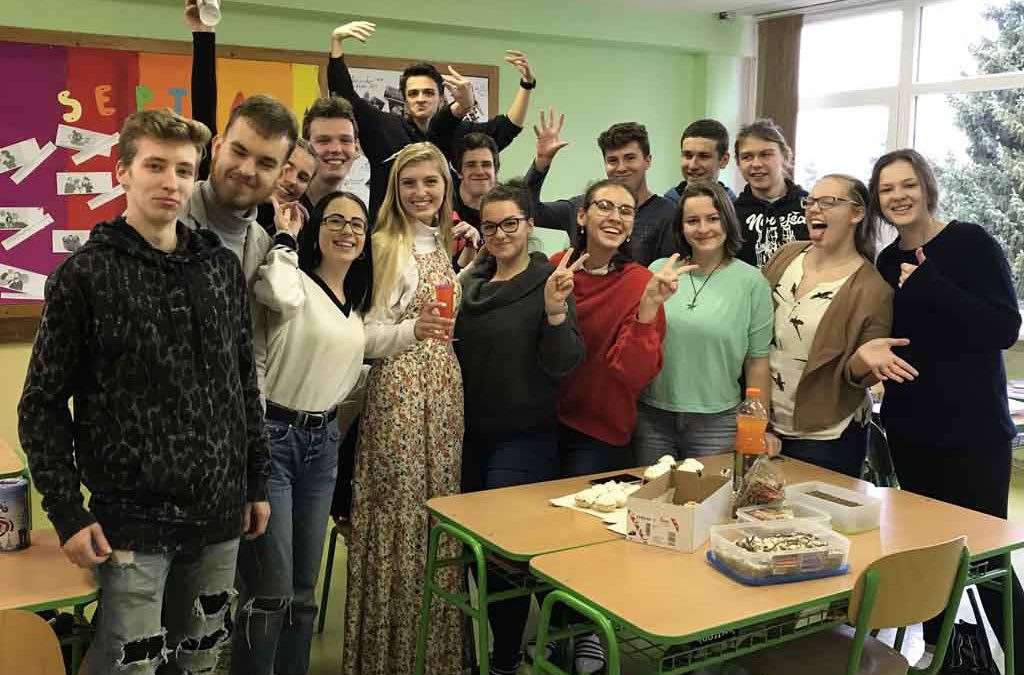 It blows my mind that I’ve been on exchange for five months already. I remember reading posts before my own exchange about how fast the time passes, but couldn’t believe it until now. Now I am begging for it to slow down. I adore my life here. Every week passes faster than the last, as with more time, I continue to gain more experience, knowledge, and freedom, leading me to try so many new things. During the months between August and December, I mainly stayed within my town, focusing on cultivating local friendships. As I am the only exchange student in my school, I quickly realized I would not just blend in. On the first day of school, I remember walking in, with no idea what to expect. What I ended up being met with were smiling faces and whispers of “hi” as I passed by. Everyone knew who I was before I had even walked to my first class.

The first day of school only lasted about an hour and a half. I met my class and class teacher, who I would spend the majority of the year with, and then had an assembly with the entire school where the director (similar to principal in the US) welcomed everyone and spoke about what to expect of the school year to come. Because her speech was in Slovak, I didn’t really understand what was going on until suddenly I heard my name and was being pushed to the front of the crowd by my class teacher. I had no clue what was going on, but I just went with it, smiling and waving.

Between then and now, I have developed close friendships with many of my classmates as well as with many of my other school mates. During the first week of school, I was placed in only English speaking lessons, where I was introduced to many students. This gave me a great opportunity to meet lots of different students and made it easier to talk with them outside of class. After the first week of school ended, I expressed my desire to learn Slovak and have less lessons in English and more in the native language. I have six lessons every day, but they change each day. Throughout the week, I have Slovak Language, Math, German language, English language, Chemistry, Biology, History, Physics, Sociology, and Geography —all taught in Slovak. I don’t receive grades in school, therefore I don’t have to do homework or take tests. Really I only attend school to socialize and for the language exposure.

Two days a week, I have a conversational English class where I help students with their speaking skills at my school. These classes are also a great opportunity for me to share information that goes beyond just stereotypes about America. It also gives them an opportunity to teach me about their country. So far I have learned two traditional dances, how to make Bryndzové halušky (a traditional meal), and have played games to help my understanding of their language.

On Fridays, instead of attending my school, I go to my host sister’s primary school in our village. I usually stay for four to five lessons. I help with English classes for kids ages six to ten, as well as attend a Slovak Language class. I attend this class solely to help with my progression in learning the local language. Because it’s a class meant for children, the grammar and pronunciation is broken down to a much easier level for me to understand. It really is a hilarious sight. It looks like something from the movies where the big kid was never able to pass the fourth grade and just kept getting held back.

I really enjoy teaching, so after school on Thursdays I take a bus to the town next door to help with English at a school that specializes in teaching real life skills to those with mental and physical disabilities. I arrive during their free time so I tend to do crafts, play music, or just talk with them for about an hour until study hall where I help them with their schoolwork related to English. Their English and my Slovak are very rudimentary therefore there is a strong language barrier that makes proper communication difficult; but another thing I have learned while living here is that understanding is always possible. These students are so understanding and patient, and I always look forward to spending my Thursdays with them.

I have also become involved with a new volunteer program that recently started at various hospitals in Slovakia. The program is called Krajši Den (Better Day) and the purpose is to brighten the days of patients in the hospitals by having volunteers come in to play games and speak with them. We are able to be with either long-term patients or the children — and only those who are approved to be with to prevent any spread of illness. I started with this program back in October and since have gone at least once each week. In the beginning, I alternated between the groups of patients but now I tend to stay more with the children because they speak closer to my level of Slovak. While the language barrier continues to be a struggle, I have found ways around it and really enjoy my time here. I had one of the best conversations of my life with one patients — completely in Slovak — who reminded me just how important it is to continue to live, no matter what struggles we face, rather than just survive. I didn’t understand everything she said, but enough that I left the conversation feeling fulfilled and hopefully she felt the same.

Between these activities, I usually go to coffee with friends everyday after school. One of my goals in the beginning was to try to meet as many people as possible, and in order to achieve this, I began to ask a new friend to coffee each week. This has really led me to make lots of fun, new friendships. We would alternate between Slovak and English, making sure that understanding was met.

At the beginning of my exchange, I had this idea in my mind that I would be fluent by January. Now I have realized just how unrealistic this expectation was; for a while I was very disappointed in my level of language. I have just learned to keep pushing myself to learn and that hopefully by the end of my exchange, I will achieve fluency. Slovak is a really hard language, but once I learn it, it will make it easier to learn other Slavic language such as Czech, Polish, Russian, Croatian, etc.

Now I feel like I’ve just given you an overload of information about my exchange so here are just some things I’ve done since my last post summarized up into some bullet points:

Ran in the second largest marathon in Europe

Met 70 students from over 12 different countries

Traveled throughout Slovakia by train

Gone to christmas markets in Vienna, Bratislava, and Košice

Skied in Slovakia with two of my closest exchange friends

Made friendships which will a lifetime

Performed in Imatrikuly at my school

Made a fool of myself while ice-skating multiple times

Figured out how to navigate the train system myself!

Experienced the holiday season in Slovakia

I really am loving it here and am so excited for so many more fun adventures to come this year. I am so thankful for Rotary making all this possible.

le about their lives. 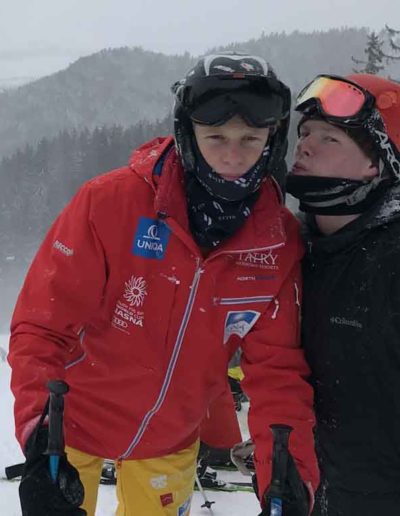 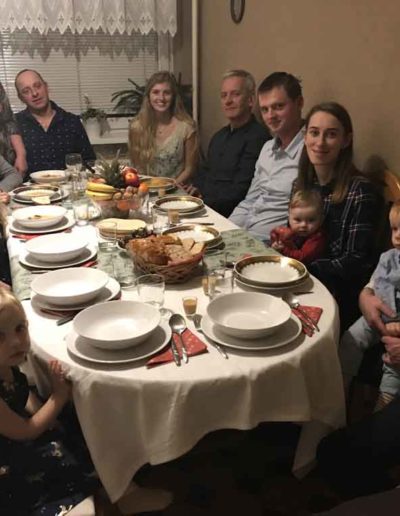 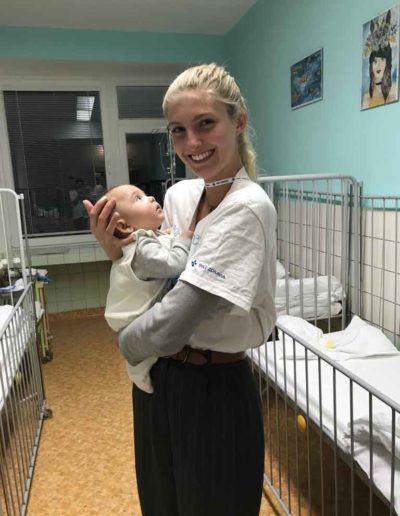 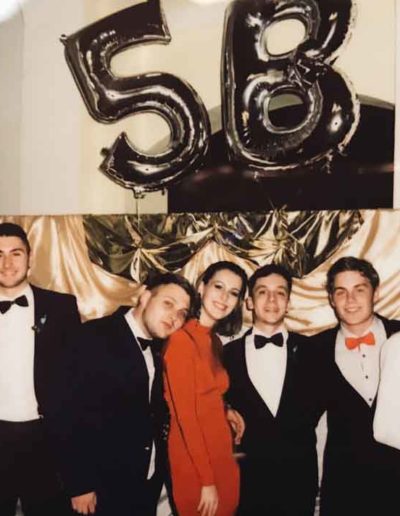 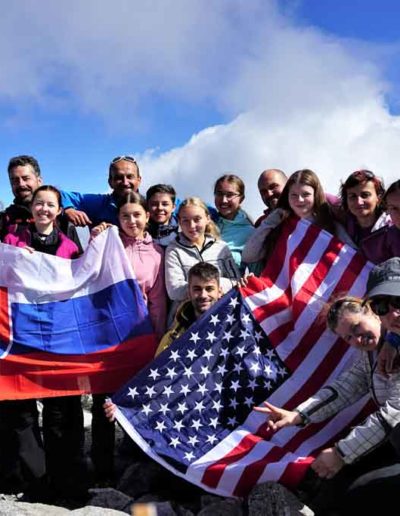 Click HERE to read more about Hannah and all her blogs 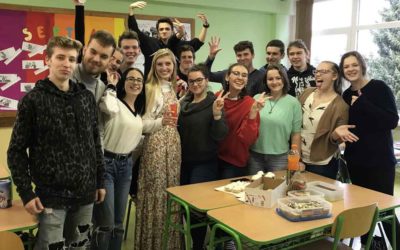 It blows my mind that I’ve been on exchange for five months already. I remember reading posts before my own exchange about how fast the time passes, but
Read More