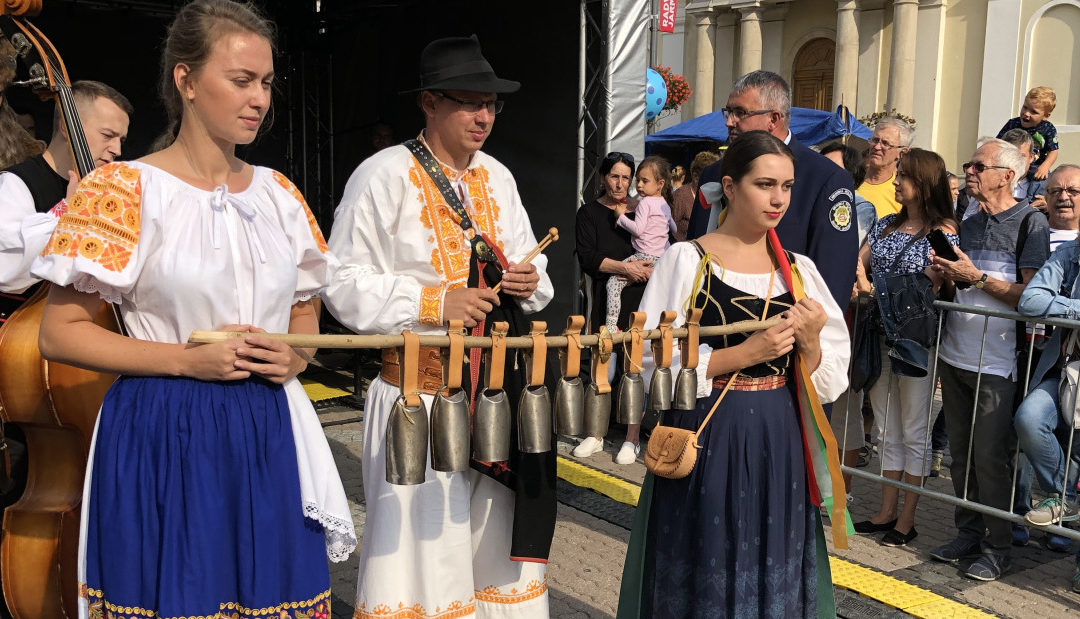 I actually settle down to write a post on time! For once, it seems. This week marked the end of the Summer as well as what seemed like the ‘honeymoon’ period of my exchange- now the real work (and the stress) begins. That’s not to say my exchange isn’t still amazing-because it is- but now is when I feel the real pressures of living in a different country for a full year are dawning on me.

To start off the week, I went to school! Or, should I say, church! Since I am at a Lutheran high school, they start their school year by attending a church service/welcome day. So I saw my first Slovak church service! I won’t lie, I couldn’t really follow along because of the language, but I hummed along to the (Slovak versions of) hymns I knew and tried my best to be respectful. Even though I couldn’t understand a word, it seemed like a very nice service, and the church was beautiful. After that we were done for the day! Luckily the heat had finally broken, so even though it was pouring I was grateful to not be sweating buckets in the sun. I spent the day touring around my host Father’s company (an automotive parts robotics factory- very interesting!) then we had our very first Rotary meeting, where I met 2/4 of the other exchange students living with me in Banská. Sam, from USA, and Gabi, from Brazil. It was great to finally meet them and talk with them over the meeting, they are really great people! Before we ate supper, I presented my Canada slideshow to the club (in English, luckily). When I was finished, they told me it was the best presentation they had seen in years! I was very flattered by that.

Tuesday I thought we had our first day of classes, but it turns out your first day at school they just go over the rules and pointers for the year for an hour or two and then send you home. During that time though, I was able to introduce myself to the class (they all speak English, as it is a trilingual English-Slovak-German school) and met a boy who helped translate some things for me. I stayed behind for a bit longer afterwards and my teacher helped me get some schoolbooks and things. And then- as if history was repeating itself- I got locked inside the school! The main doors were locked since all the students had already left, so I fiddled with it for a few minutes before desperately walking through the unfamiliar halls trying to find someone who could help. Go figure, I found the English teacher, and she showed me the way to the back to get out. I don’t think I like doors in Slovakia.

The next day actual classes started, but most of them were in Slovak so I kind of just sat there not understanding anything. In math class, since I’m at the front of the class, the teacher called me up to answer a question on the board, not knowing I didn’t understand Slovak. Everybody laughed- me along with them- as I went up and wrote some numbers on the board that I thought were the right answer to whatever she was asking me to solve (luckily it was math and not something language based) that were only slightly wrong.

After school, I went out on a wing and joined the school drama team, which is much smaller than I’m used to. Nonetheless, I’m happy to be able to go on a stage again, and our first performance (in which I play a hot dog stand worker with 4 lines) is next weekend (only two practices beforehand- ok?!).

Sorry, not many pictures from school but I’ll try and snag some soon.

On Friday after school we went to Radvansky Jarmok, which is the oldest fair in Slovakia (362 years!!). They had hundreds of food and souvenir booths set up, a few event stages for dances and performances, and tons of amusement park rides down by the river. We were only there for one afternoon, but I got to try some new food, see some traditional Slovak dancing live, and browse souvenirs! Thousands of thousands of people made it pretty exhausting to get around though, so by the evening we were pretty tired. 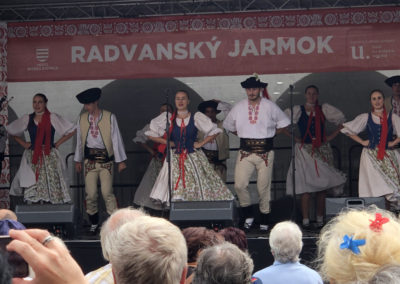 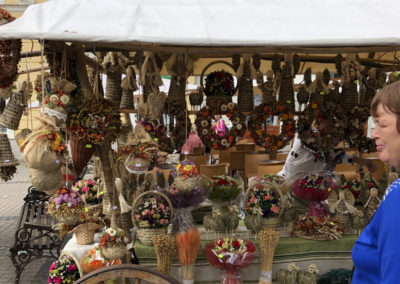 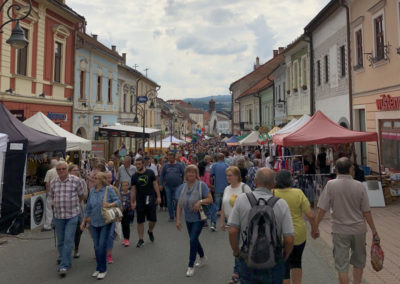 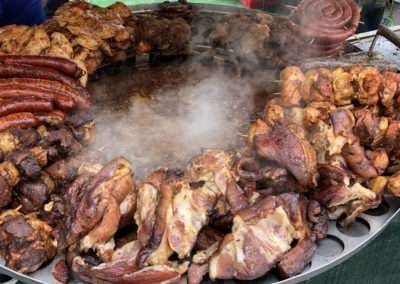 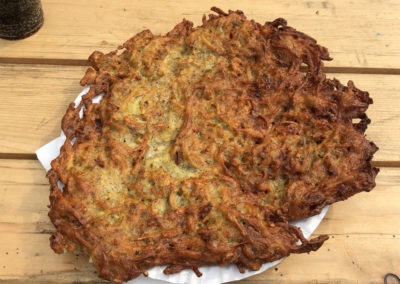 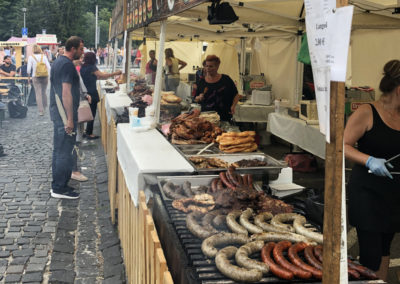 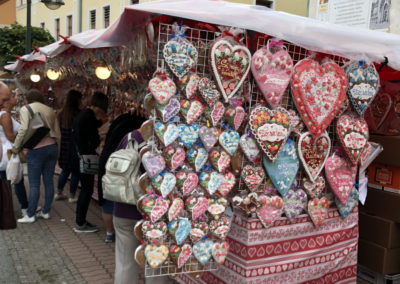 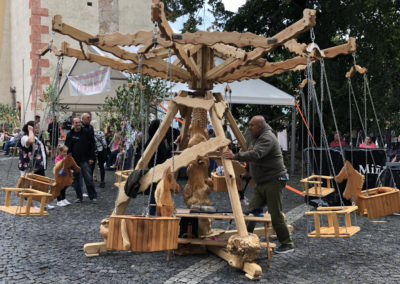 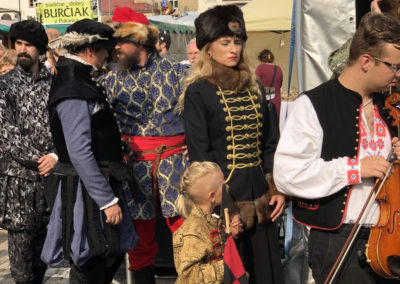 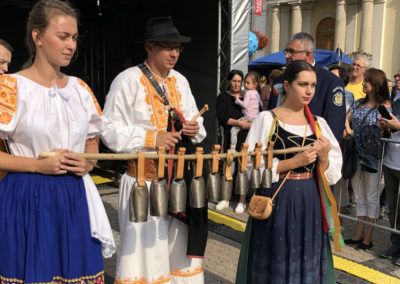 ​Once again, kicking myself for not taking more pictures, but there was a lot to take in so I’m glad I took the time to enjoy the experience too.

And then, today! We woke up bright and early, and Benka, my rotary exchange officer, took me, Gabi, Sam, and Lucia (Gabi’s host sister) to see an ice cave on the Eastern side of Slovakia! We drove 2 hours through more beautiful mountains and tiny villages to Dobšinska Ice Cave. It was absolutely gorgeous, and I found it really funny because the others were freezing in their jackets (it’s around 0 degrees in the cave), and I was perfectly fine with an unzipped hoodie and jeans. If anything, it was refreshing for me, haha. The tour was about an hour, and I got some really great photos and GoPro videos for my end of year video I hope to make. After the cave, we took a bunch of photos, and went on a tree obstacle course! It took longer than expected because of my poor balance + long limbs, but it was lots of fun!

As for those last photos^, on our way back we stopped at the mouth of the Hron river, which is one of the largest rivers in Slovakia (although small right at the mouth of the mountain). Benka urged me to take a drink so I did (refreshing!), and afterwards we joked that maybe I would gain ‘Slovak superpowers’ of being able to consume unlimited amounts of garlic, or grow leg muscles able to climb up mountains without strain.

It was another great (and busy!) week, and now I’m thinking things will start to smooth out into a more predictable schedule, which will be nice. I’m learning more Slovak day by day, and even though school and communication is stressful I know the longer I’m here the easier it will be! I look forward to learning more (language and otherwise) and making even more memories in the weeks and months to come! Thanks for reading! 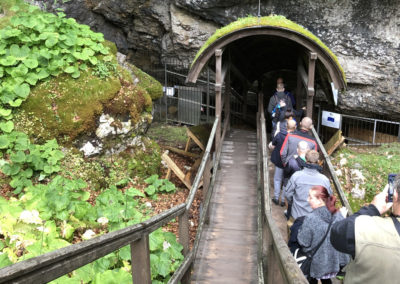 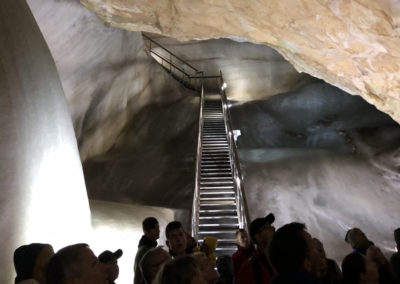 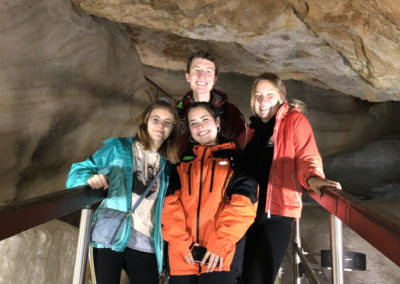 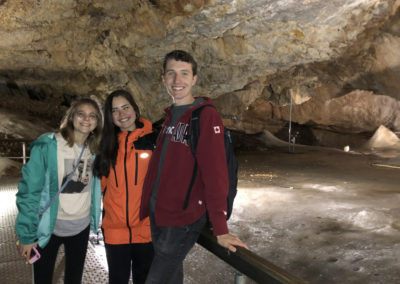 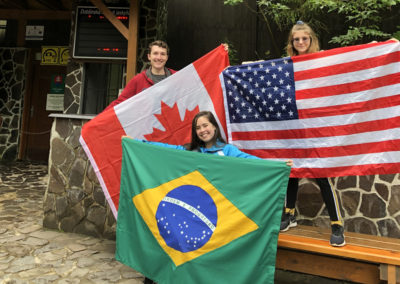 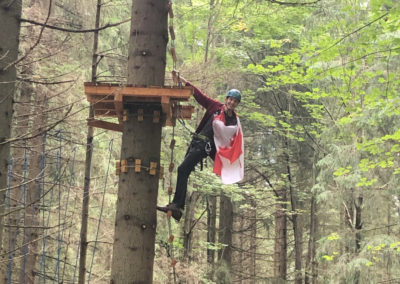 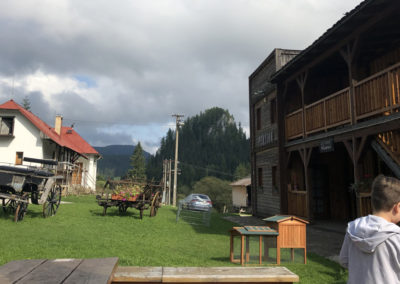 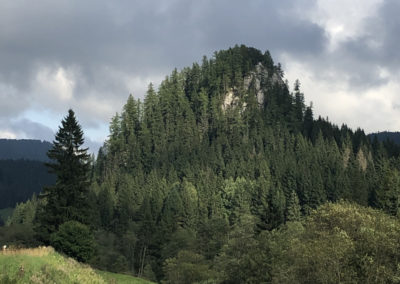 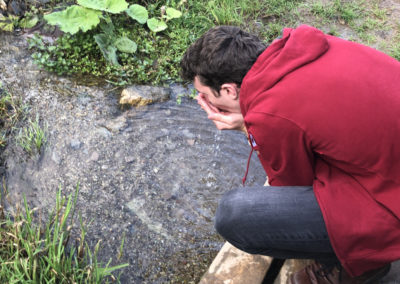 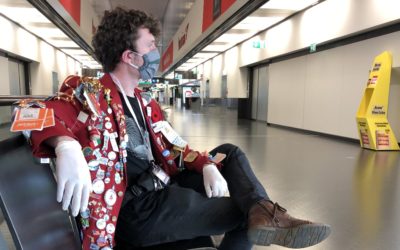 And finally, thank you Slovakia– Slovensko— Slovenská Republika. You are the epitome of a hidden gem in this world, and a perfect example of how some of the
Read More 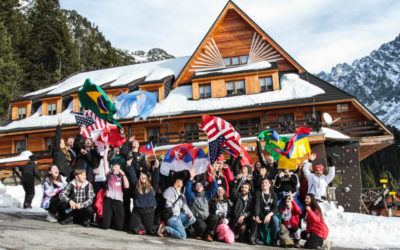 From Poprad to Prague ~ Two Worlds

Now that I’m past the halfway point of my exchange, it’s sort of crazy to look back on my past posts and see everything that has happened and all the things
Read More 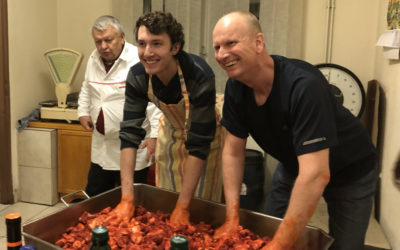 To celebrate this momentous day in my exchange, I made my Ukrainian ancestors proud- by making Kielbasa! (Or Klobasa in Slovak). We headed to Zvolen city, only
Read More 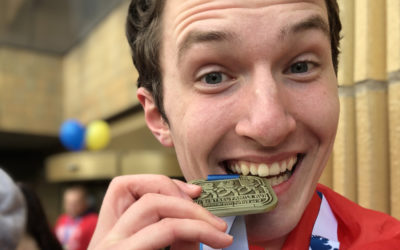 The next day we were happy to see that the rain was holding off, and the temperature was nice and cool although a bit windy- perfect for running though! We
Read More 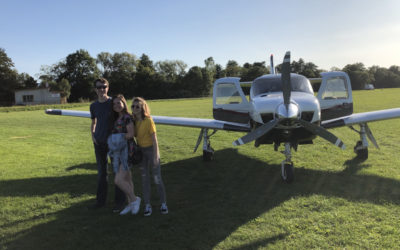 It’s been a fairly ‘low-key’ week and a half (at least, compared to the full-tilt adventures I have been on the first few weeks), but I figured I should make a
Read More 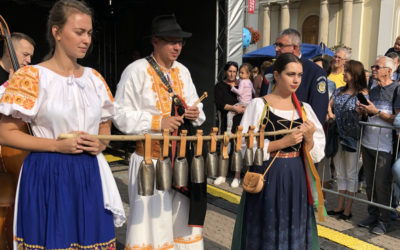 This week marked the end of the Summer as well as what seemed like the ‘honeymoon’ period of my exchange- now the real work (and the stress) begins. That’s not
Read More 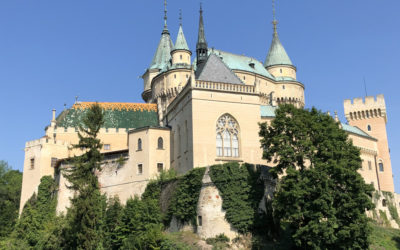 It’s hard to believe I’ve only been in Slovakia for 11 days! It honestly feels as if it’s been months simply due to the sheer amount of things I have been
Read More 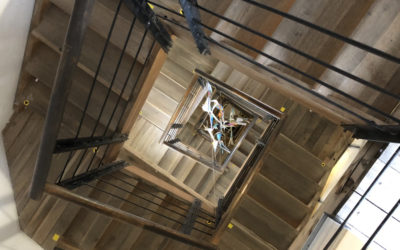 When Pavol got home from work, we walked down to a stop and took the trolley bus in to the inner city. This is how I’ll get to school, once it starts next week.
Read More 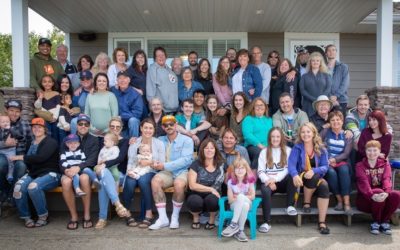 After that, I hauled my baggage down and into the airport, where I met Pavol and Andrejka Stanko, my first host family. I was so excited to meet them, and they
Read More