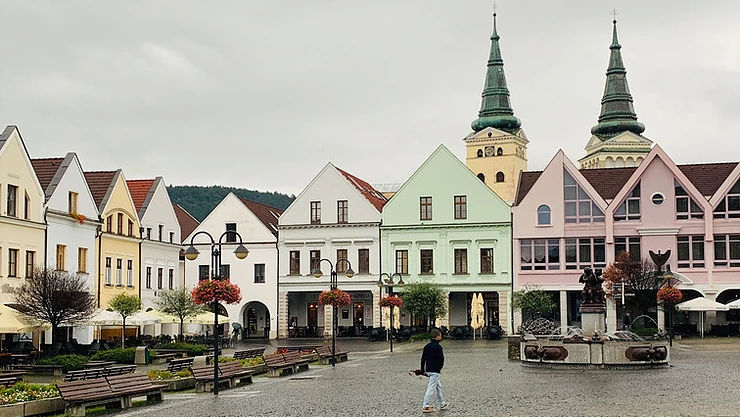 Here are some essential things you need to know if you want to visit Slovakia: 1.) Slovakia is NOT Czechoslovakia. Czechoslovakia is not a country, and hasn’t been one since 1993 when it split into Czech Republic and Slovak Republic 2.) Slovakia is NOT in Eastern Europe. It is in Central Europe, and no, they are not a communist country anymore. 3.) Kofola is much better than Coca-Cola.

“What is Kofola?” you might ask. Well, friends, it is the end-all be-all of Slovakia. Kofola is a dark brown soft drink that tastes faintly of citrus and various spices that you can’t quite place. To put it simply, it is the Slovak answer to Coca-Cola.

My first run-in with kofola was at a pizzeria near my home in Stráne (uptown Martin). Barbora and I had a powerful craving for pizza (what American doesn’t like pizza?) so we walked to the nearest place. As Barbora translated the menu for me, it was clear that I was NOT in Kansas anymore. Common pizza toppings include corn and peas. And the most shocking part? No pepperoni. Naturally, I had to try the one with corn and peas, because I’m here for 11 months, I have to go all in. A bit to my disappointment, it was just crunchy with little flavor, and I finished my pizza still wanting pizza. I turned to my glass full of kofola and had my first sip. It tasted like something I couldn’t quite put my finger on, and honestly, I still can’t.

My next run-in with kofola was when my host family and I visited Strečno Castle, just about 25 minutes from Martin. Strečno Castle dates back to about the 17th century when the land was Austria. We took a tour of the castle and saw many artifacts and pieces that dated back to the 17th century and were found in Austria. The artifacts helped me imagine what the castle would’ve been like when it was in its heyday. In the historical village below the castle, there was a festival going on that showcased peasant life in the period the castle was built. All the clothes, food, homes, and utensils were historically accurate. They even had a fighting demonstration, which attracted most of the visitors. We ordered kofola and a food called langoš. Langoš is fried dough with various toppings. We had it with garlic, cheese, and ketchup. I was expecting not to like it, but it was actually really good. Fried dough and ketchup, who knew?

The next day, I literally felt my soul leave my body. I wish I could say I was being dramatic, so allow me to tell you why. My host family and I (plus one of my host-grandmas) went to go visit a cave that is quite beautiful. It has lots of stalagmites and stalactites (and no, I don’t know the difference because the tour was in Slovak) and was quite large. We arrived and my family told me we had to climb to the cave. It was only 1.4km, which is just shy of a mile. No big deal, right? WRONG. It was at a 45 degree angle the whole way up and my legs were screaming. I found myself out of breath way too many times, and what should’ve been a 45 minute hike took me an hour and a half. So we finally make it up to the cave, and of course, I forgot water. I’ve never been so angry at myself and what I said to myself in my head is not appropriate to write on here, so use your imagination. So we go into the cave and it’s only about 36 degrees fahrenheit inside, but somehow it wasn’t cold enough to make me feel any better. We start to move throughout the cave, and I very quickly realized that there were more stairs. I start to panic internally, but there’s no way I’m not going to tour this cave. I almost died to see this cave, so I am going to see it, even if I have to drag myself up and down all the stairs. Lo and behold, that it what I did. About 30 minutes into the tour of the cave, I started to see black spots, and knew that was my cue to stop. My host mom, Lucia, noticed I was looking rather pale and hung back with me several times so I could catch my breath. Meanwhile, my host-grandma was doing great, she was climbing up and down the stairs like nobody’s business. She is one badass woman.

Somehow I managed to muster all my energy left and basically ran out of the cave. I don’t remember much of my experience in the cave. I do know at one point I cried because of how tired I was. After we all caught our breath outside the cave, Lucia told me that the cave had around 1,300 stairs which was equivalent to roughly 1km, so I had climbed 2km. I smiled, knowing that it was entirely not impressive, but hey, at least I did it.

A few days later myself, the two other exchange students from Martin (Cande from Argentina and Joao from Brazil,) and our youth exchange office Ivan took a day trip to Žilina, one of the biggest cities in Northern Slovakia. We needed to go to a police station in order for them to issue our temporary residence permits so we could stay longer than 90 days. Long story short, we sat in the police station for 3 hours waiting and afterwards, we got to explore Žilina. It’s quite a beautiful city, but unfortunately I only got to see a small portion of it before we were rained out.

The next day at school, I arrived to a massive surprise when my classmates told me that we wouldn’t be attending any lessons today, we would be shooting BB guns and throwing fake grenades. I immediately asked why and nobody could seem to give me a coherent answer except “for fun.” Apparently you HAD to do this or you wouldn’t be able to move up to the next grade. Wild. So I shot a BB gun, threw 8 fake grenades, and went home for the day. If you’re confused, then you’re in good company (I have a suspicion it stems from Slovakia’s socialist days).

Currently, I am home sick. Apparently back to school germs are worldwide. I hope you’re having a better day than me, and what I mean by “a better day” is that you aren’t coughing up a lung. 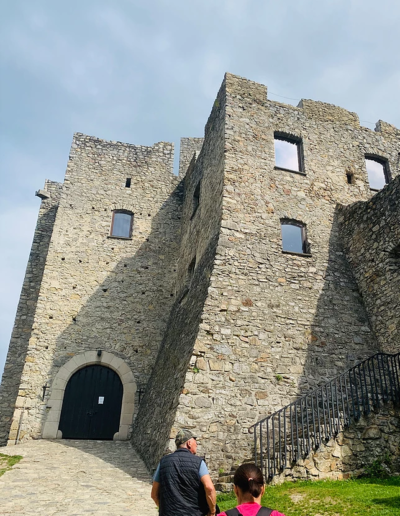 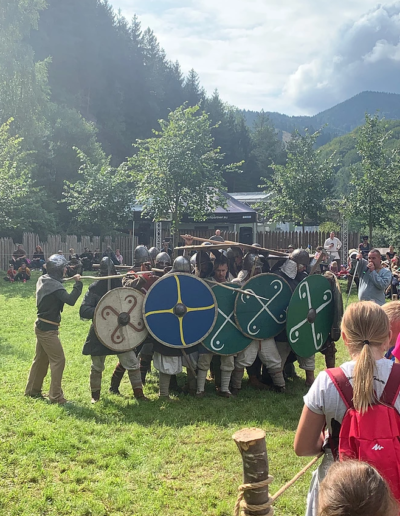 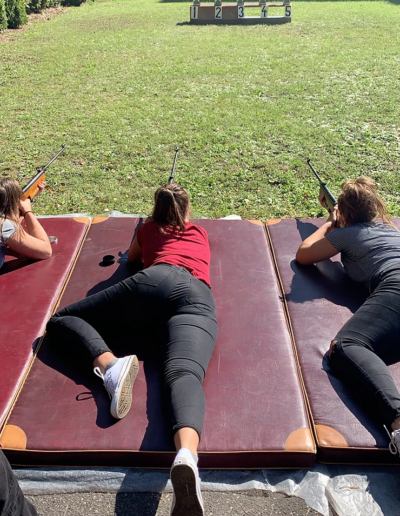 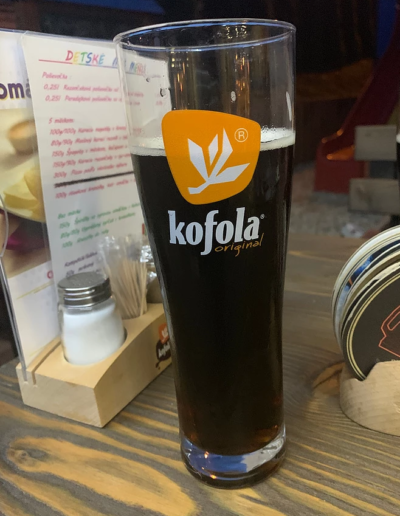 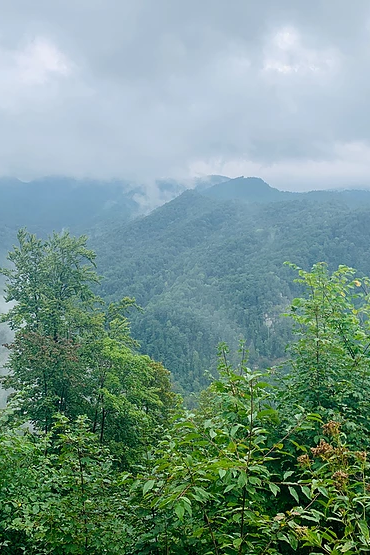 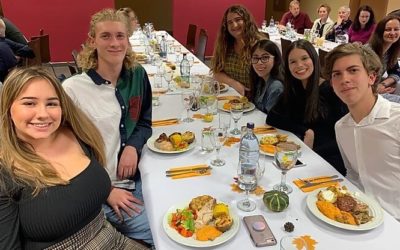 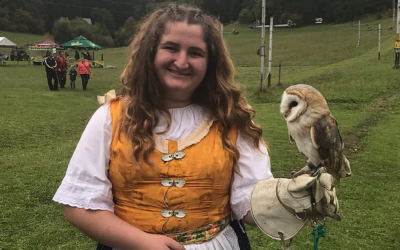 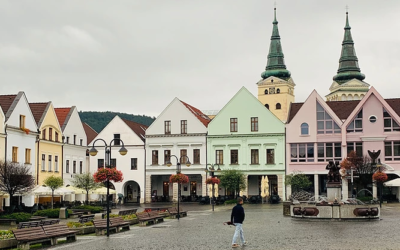 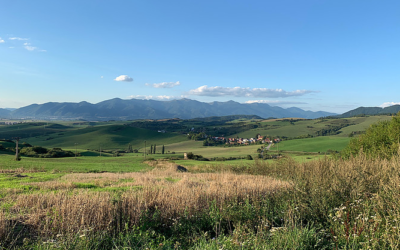 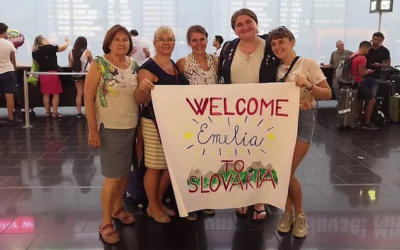