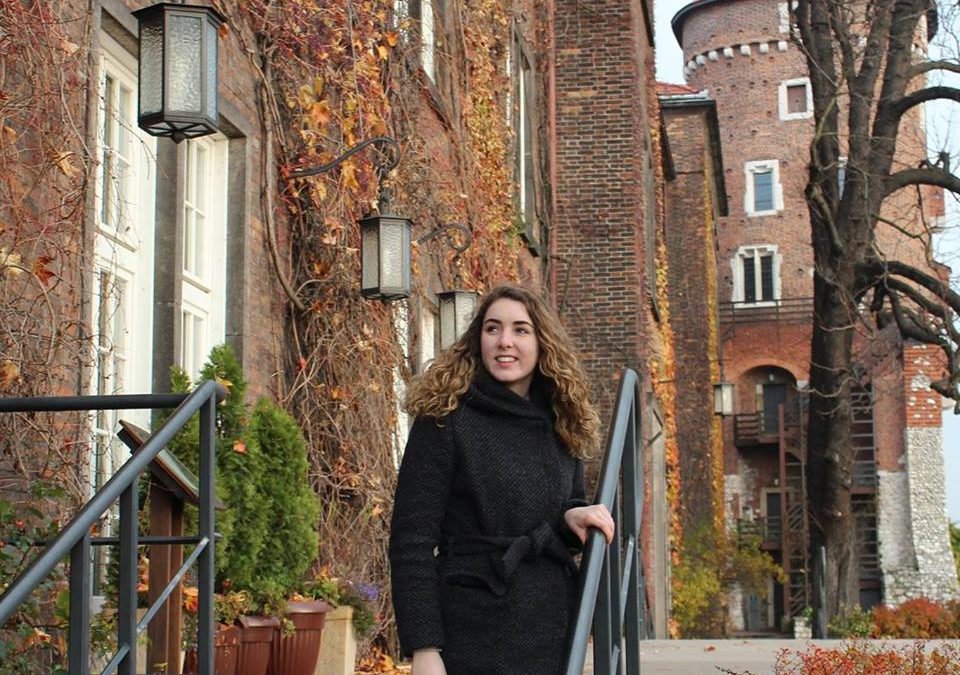 Lots has been happening since  my last blog post (which was way too long ago, I’ve definitely been procrastinating oops) Since It’s been so long since my last post, I’ve decided to do a few shorter blogs over the course of the next month, I hope you enjoy!

It is now Febuary, and Pilsen has only had a little bit of snow and it always melts within a day or two… very different from the Yellowknife winters I’m used to! Having a milder winter is a nice change tho 🙂

I’ve had a few really amazing opportunities the past few months. In November, my host mom her friend and my host sister and I went on a weekend trip to Krakow Poland! It was about a seven hour drive away from Pilsen. Poland was absolutely beautiful! I saw so many amazing sights. Before going, I had emailed my Polish piano teacher, Anita, and she gave us great recommendations on what to do in Krakow which was so helpful!

We arrived in Krakow in mid afternoon, so decided to go to Auschwitz concentration camp located about 100Km outside the city. It was one of the most humbling experiences of my life. The ground was absolutely massive, I could barely see the end of it. There was a main road with a train track going down the centre, and barracks on either side. I’m terrible at estimating lengths, but I’d say each barrack was 15-20m long and 5-10m across. They were filled with triple level bunk beds, and apparently 300-500 prisoners slept in each barrack. On each side of the road there were about 10 barracks across, and I couldn’t see how far the road went. We were able to see where the prisoners were unloaded from the train, and where they walked to the gas chambers. It was an incredibly humbling experience, and I felt very privileged to be able to see the camp in real life.

The next day was more light hearted, we spent the day exploring the town, and saw some cathedrals, the Cloth hall, the old Jewish cemetery, and Wawel castle. Wawel castle was amazing and absolutely beautiful. When touring the castle’s cathedral, we were able to climb up the bell tower. That was such a fun experience, there were around 80 stairs in all, but they were small, steep staircases squished between large wooden beams so you were almost always either ducking under a beam or squishing between two. The view from the top of the bell tower was beautiful, you could nearly see the entire city! The city centre at night was truly beautiful. The cloth hall, basilica and all the other buildings were beautifully lit up, street musicians were playing, and there were horse drawn carriages giving tours. It truly was beautiful. I loved walking around.

We were planning to leave around noon the next day, so in the morning we went to the Wieliczka Salt mines. We went on a two hour tour, and it was truly unlike anything I had ever experienced. There were over 800 stairs down, countless rooms, a massive church, several carvings and even a few lakes. Our two hour tour only covered 2% of the mine. It was really interesting to see how the miners worked in the 14th century. The mine is 178m deep, and over 287km long. There is a massive underground cathedral in the mine with large chandeliers  made from salt crystals. This cathedral still holds weekly church services, and is located 135m underground. We saw three lakes during our tour. The ocean is about 3.5% salt, while these lakes were around 32% salt (if I remember correctly). Around one hundred years ago, they said there used to be boat tours on a specific canal through the salt mine, although they stopped them due to an accident. A boat capsized and the passengers were stuck under the boat. Because of the incredibly high salt concentration, they were unable to swim under the rim of the boat so suffocated under the boat. Because of that incident they no longer offer boat tours. The Salt mine was like an entire new world, and the information on the tour was very interesting. From there, we drove back to Pilsen 🙂 The trip was absolutely amazing, I was so lucky to be able to see a glimpse of Poland.

April 11, 2018Bethany Grace GIOVANETTO
After Christmas and New Years, life calmed down again. One of my good exchange student friends visited me for a few days which was a blast, and I had my ...
Read More 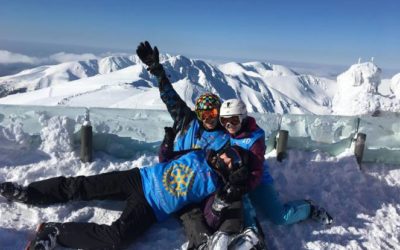 February 4, 2018Bethany Grace GIOVANETTO
Merry Christmas and Happy New year! Lots has been happening since  my last blog post (which was way too long ago, I’ve definitely been procrastinating oops) ...
Read More 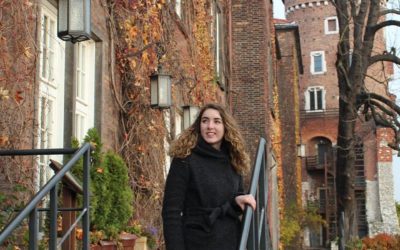 October 12, 2017Bethany Grace GIOVANETTO
I can’t believe I’ve already been here for seven weeks, the time has truly flown by. Lots has been happening the past 51 days I’ve been in the Czech Republic. ...
Read More 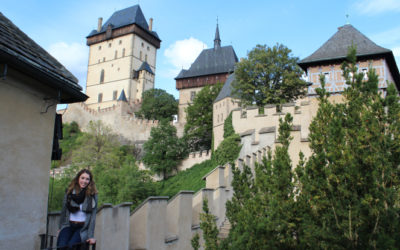 August 30, 2017Bethany Grace GIOVANETTO
It is hard to believe I have already been here one week! With the several months of preparation for my exchange, I occasionally wondered if I would ever make ...
Read More 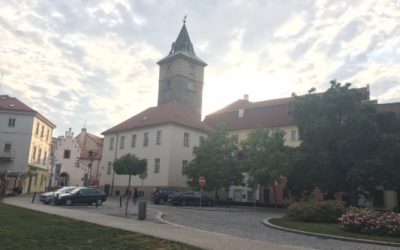