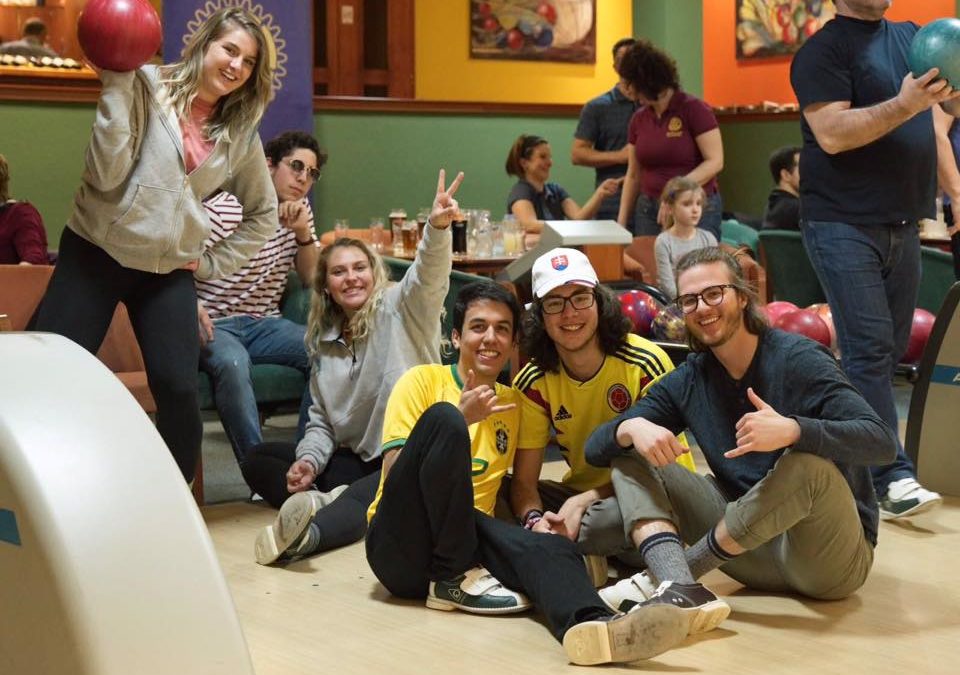 Hey! Just checking in from my year-long stay in Slovakia. If you forgot, that’s where Bergen -you know, the guy with long hair who you used to see on Andrea Hoff’s facebook page- is right now. That’s me !!! Anywho, I’ve received some reasonably stern pieces of advice directing me to write a new blog, because ‘Bergen, you haven’t written a blog in, like, two months and you should really write one’. For the record, that wasn’t a specific quote from anyone, but an amalgamation of multiple stern pieces of advice. Stern, by the way, is probably too harsh a word to describe the pieces of advice I received. If you think of a slightly softer word for stern, please leave it in the comments down below. Thank you in advance. So, anyway, I’m ready to fill that two month void with tales of my experiences and, the less asked for, anecdotes of my mind. Maybe there will be pictures, too. Only time will tell. (I finished writing and am now editing. There are no pictures:/)

When we last left off I had made a pros and cons blog detailing the, you guessed it, pros and cons of running a blog. Ope, you actually guessed wrong, it was the pros and cons of Rotary. Better guessing next time. I focused more on the pros, because my Exchange year has been blessed by the holy one from above with optimistic vibes and positive experiences. In fact, I spent so much time on my pro section I didn’t even make a con section. In a genius moment of laziness and divine wisdom, I realized that there are no cons to a Rotary Gap Year. I proclaimed for all to read that the hardships faced during a year abroad, while annoying in the heat of hardship-ness, are not detractors but benefactors. Trying times are lessons learned. Thus, placing them among the hallowed ranks of the pro section. Thus thus, eliminating all remnants of a con section.Thus thus thus, allowing me to not write a con section and saving me the trouble of negative thinking. Yeet.

Now that I’ve finished the highly important ‘pros & cons’ re-cap segment, I feel comfortable going forward knowing everyone is in the loop.

We begin our story on the first of February, when I published my last post. Since that day I’ve had quite a few experiences, and I think it’s only fair I share some of them with you now. After all, isn’t that the point of me having a blog in the first place, to share the exciting moments with you so you can live ‘vicariously’ through me. Vicarious is a word I heard frequently before I left on exchange, which is why I felt the need to put those apostrophe things around the word.

I take you now to the screen of my phone, lit with a glowing ivory white, as I scour my camera roll for pictures of the past two months to remind me what I’ve done. The screen lights up my face as a beacon of hope in the bleak darkness of my room at nighttime. The light illuminates my smile. I’ve found some good ones, at last.

February 2nd, we find three screenshots of the nbcstore.com, in which two unique SNL shirts and a sweatshirts are mounted on air. They were pretty cool. Hence, the screenshot. Ahh, memories.

February 4th, I have a picture from my mom. She was generous enough to send along a picture of my dad, his polarized sunglasses and the fish he had triumphantly caught in Belize. It wasn’t an exceptionally large fish, but it had that look in its eye that let me know it put up a good fight. Let’s be frank, it never stood a chance; My father is an expert fisherman, an excellent angler, and a master with the rod. Legend says, that’s how he managed to reel in a catch like my mom. Didn’t see that coming, did ya?

February 10th, we find a 1:05 minute video of me dancing with my Hungarian host mom and her Zumba classmates. This was a particularly dynamic day for many parts of my body. Many which typically go unused. To put it bluntly, there were more hip thrusts going on than I expected from a predominantly female dance troupe. And when I say predominantly female, I mean completely female. I was the only guy. And I’m not going to lie, it was hard work, but I kept up with the ladies.

February 11th, this is where the first pictures from Rotary Ski Week show up. Now, I think we can all agree the pictures I have described insofar have been very exciting and important. Nevertheless, Ski Week somehow manages to stand in a tier of its own, above my screenshots of SNL shirts and picture of my dad with a fish. Believe it or not, it even surpasses my spicy clip of a Hungarian zumba lesson. How? Because Ski Week was a life changing experience. Okay, that was a bit much. It was a gap year changing experience. That’s more appropriate. To summarize the transformative week I’ll have to write a longer piece than the normal *date and picture description* excerpts we’ve been dealing in. I hope that’s okay. However, if you’re not interested in Ski Week, scroll down to the next date/picture description combination.

Although an entire blog could be dedicated to this week long party in Liptovsky Mikulas, I’d rather not plot out the details. For one, we were all in close quarters for an entire week and saw the less polished side of each other, so that’s reason to avoid a detailed regailing. For two, the week is so saturated with memories, I don’t know where to begin or which stories prove worthy of including. So, being flustered, I’ll give this the classic bullet point treatment.

Ski Week Bullets
Pack everything for skiing (Skis, Ski boots, Poles, you know the rest)
Carry three cumbersome bags with me on train
Sit next to stinky alcoholic man who farts where he pleases
Chill in hotel while people who didn’t bring own gear are fitted for renting
Go to sleep (zzz)
Walk to hill with everyone to begin first day of skiing
Skis don’t work (crap)
Have to rent new skis
Carry host dads skis entire journey only to not fit (garsh darn it)
Oh well! Rented skis work. Contentedly carry on with ski week
Final day comes
Whoops, I’d actually swapped ski bags with a girl from Mexico. That’s why the skis didn’t work
That’s also why the poles were much too short.
Hmmmmmm
And thaaaat was ski week

Yup, that’s pretty much all that happened. Sorry if I went into too much detail a couple times there.

February 20th, we find a video of my Italian brother Matteo Lombardo holding a bar of chocolate. We find this video because I was lucky enough to travel to Italy -Milan, specifically- to visit Matteo in his home city, the fashion capital of the world. Fun fact: while there, I graced the Duomo of Milan with my presence, along with a bookstore, where I bought “A Clockwork Orange”. Fun fact!

February 22nd, we find a picture of me and Matteo in front of San Siro stadium, where we watched a UEFA Champions league game between AC Milan and Ludogorets. It was a pretty low key game with a sparsely filled stadium because, to put it lightly, Ludogorets is SHITE. End score: Milan 1-0 Ludogorets.

March 3rd, we find a picture of a mountain. It’s an Alp.

March 5th, we find a video of many mountains. They’re Alps.

March 6th, we find a video of these same mountains. They’re still Alps. The reason they are the same mountains and still Alps is because I was lucky enough to Ski in Austria with my second host family. The views were gorgeous. I will probably add a picture from this travel in my next blog post, which will be a picture-filled instead of a picture-described installment.

March 10th, we find a picture of me carving my name next to many other inscriptions on the basilica dome in Esztergom, Hungary. My first host dad, Peter, told me he was going to call the police. Funny enough, it was he who took the picture, so he will probably be considered an accomplice. Either way, I’m on the lam.

(I shouldn’t be too hard to track down; I left my name inscribed on the dome, because I’m the kind of criminal who wants his work recognized when the police find it. Kind of like the Wet Bandits.

Today, we don’t find a picture, because I haven’t left the house except to walk across the street to buy pasta and a mouse for my laptop (two seperate stores). It’s not even a beautiful mouse, the one I purchased, so I don’t think I’ll take a picture of it. Nor will I post a picture of it (duh).

Ok, I hope that was enough catching up for the time being. I also hope I don’t regret writing so few words when I’m older and looking back on this blog. Ideally, I will be able to appreciate the humor in my laziness and not feel contempt for past-Bergen. If you’re reading this: I Love you, future-Bergen. Please don’t have contempt for me. 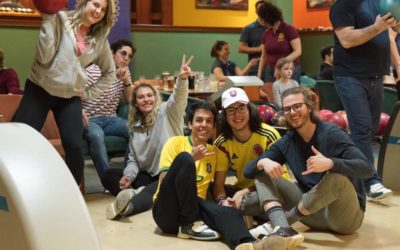 Hey! Just checking in from my year-long stay in Slovakia. If you forgot, that’s where Bergen -you know, the guy with long hair who you used to see on Andrea Hoff’s facebook page- is right now. That’s me !!! Anywho, I’ve received some reasonably stern pieces of advice directing me… 160
Read More 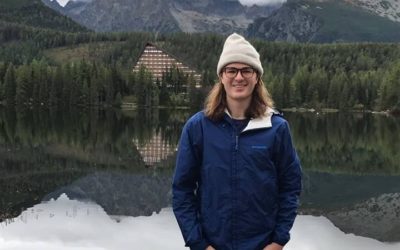 I don’t want to write. Not now, not in two minutes, not even in three minutes. That’s not good, and I’ll tell you why that’s not good. I’m not thrilled to be shying away from writing, because I previously decided to become some form of a writer in the future.… 160
Read More 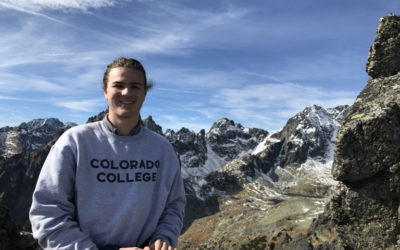 The benefits of being a Rotary student 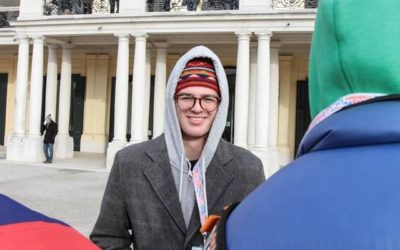 It’s been a really long time!

Helllllllooooo, unwilling but compliant constituents of physical law! Ooh, that’s catchy. I think that’s how I’ll refer to my fellow humans from now on. Anyways, It’s been a long time since my last blog. I mean, it’s been a really long time! I’m sorry if you were sitting on… 160
Read More 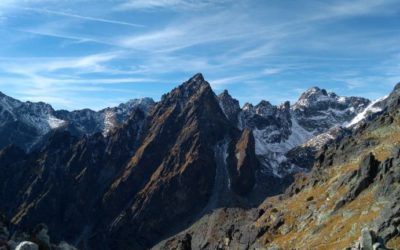 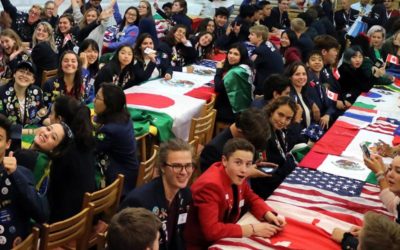 Hello, and welcome back to my rotary blog. I cannot wait to take you on an underwhelming adventure, without digression or deviance (redundant adjectives). I am trying to keep my prose neat and tidy this time. The dress code for this blog is formal; And the reason: a certain sister… 160
Read More 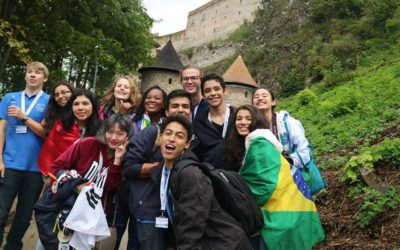 Goooooooood morning, Vietnam! Please tell me you know of the movie I just referenced. If you’re my age or younger, you are exempt from being required to know it. However, if you are my parents age or older, there is no excuse. Yes, I realize there is a slight age… 160
Read More 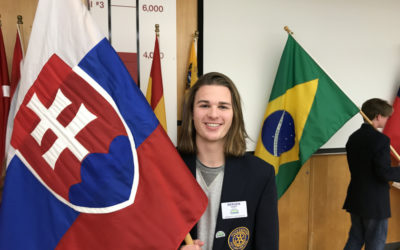 Why are you here reading this blog? Most likely because you are a kind person and are interested enough to seek out my account of Slovakia. However, you also might be a fellow Rotary Exchange student looking to my blog for ideas on how to write your own.… 160
Read More