This past week has been very busy. The holidays for Easter started Thursday and ended on Tuesday. I had planned a trip to go visit my friend Ashley (another inbound) in Slovakia. She lives around the center of Slovakia in a town called Banská Bystrica. As my exchange year is coming to an end, I am getting to be busier and busier as the months go on. In fact, I only have about four free weekends left this year. I have many Rotary events and events organized by my club. Therefore, I thought that it would be a good idea to go see my friend and to go to Slovakia. I would return in time for my family’s Easter plans.

I left Wednesday and embarked on what would be the WORST travelling experience that I have ever had! Before going to Banská Bystrica, I had bought bus tickets ahead of time for my way there. This was because I would have to travel first from Prague to Bratislava and the seats would be full because it is a very popular route. I bought the first ticket from Prague to Bratislava, then the second I bought from Bratislava to Banska. I would arrive at approximately 2:20 and would then have a lot of time in the afternoon. The total amount of time to travel should have been about 8 hours…and ended up taking about 12!

First, I had to travel from Nové Strašecí (a town beside my village) to Prague. At first, I was going to travel to Zličín which is a bus station that is on the edge of Prague. My bus to Bratislava left from a bus station called Florenc. To get from Zličín to Florenc, I would be about 25 minutes in the metro. So we decided that I would go to Hradčánska. This is all the way through Prague, but only about 5 minutes by metro. The Hradčánska bus and the Zličín bus were supposed to get to Prague at the same time…the only difference was the metro. I left at about 6:50 and was supposed to arrive to Prague at around 7:23. I got on the bus and it was completely full so I had to stand all the way to Prague. Unfortunately, I forgot that in Prague there would be traffic at that time in the morning. A LOT of traffic. I started to get stressed because of how long the bus was taking to get to the station. My bus to Bratislava would leave at 8:00 and we were still in traffic at 7:45. I figured that it would be fine as long as I ran.

I ended up running all across the metro. It was 7:55 and I was STILL inside the metro. I was so stressed and I ran to Florenc. At this particular station it is extremely difficult to cross the road to get from the metro opening to the bus station, so I had to run across the road and hope for the best. When I got to the bus station at 8 I thought that I saw my bus leaving and I was starting to freak out. But luckily the bus was still there and the people were just starting to close it. I’m so lucky I got onto the bus, and I was definitely out of breath. Once on the bus, we started to go and I started to calm down. Everything would be fine from here right? Nope. On the way, the bus pulled over. I thought that it was just a stop or a break, but they announced, “We will be here for a while because of technical problems”. Great. I had a bus to catch at 12:30 from Bratislava and we were supposed to arrive in Bratislava at 12:15.

The bus was stopped for about 20 minutes. We arrived in Brno and we were notified that we had to change busses. That meant putting all the bags into the other bus and getting everyone organized and checking in the new people from Brno. Then, we had another announcement that we would be 50 minutes late to Bratislava. That means that I wouldn’t have a bus to catch and I just bought that ticket and wouldn’t be able to use it. I asked the man working on the bus and he told me that the next bus would be at 14:30… but it was full. The only way for me not to pay for another ticket would be just to wait and see if someone wouldn’t get on the bus. When I got to Bratislava I figured the best thing would just be to get on a train that would come in an hour.

Well, I had to find the way to the train station. I started to freak out because the train station was super far away and I couldn’t seem to navigate myself with google maps. After talking to my host dad, I decided to find a taxi. Luckily there was one right there. I told him to take me to the train station. He was very nice, but at the end, he totally scammed me! He drove me about ten minutes and charged me over 15 euros. I had only brought 50 bills and he was saying that he “didn’t have change”. I had no time or language skills to argue with him. I was frustrated because I paid too much and now I had to figure out how to get onto a train. I bought the train ticket and somehow found my way to the train. Little did I know, but you have to buy train seats in Slovakia. In the Czech Republic you can just sit where you want. So, I sat on the ground on my bag for three hours. It was terrible. Then my train was late to Banksa so Ashley’s host dad was waiting for an extra half hour! Eventually I did arrive, but it was the worst luck I’d ever had!

Being in Slovakia was amazing. It reminded me of how much I love the mountains and nature. The first night, I tried some typical Slovak food (I forget the name). We made it too. It was some smaller dumplings (they looked like Cheetos) covered in sheep cheese then with smoked bacon on top. It was so good. Then the next day in the morning we went to a cave. It was the coolest thing. I’ll put some photos to show you what it looked like. There were amazing rock structures. It was amazing and it was definitely one of the coolest things I’ve seen on exchange. Then, we went into the city. We met up with another exchange student from the USA that lives there. They showed me the square and told me about the town. We got some food and just got to look around. Afterwards, we went back to the house. I left the next day and it was a smoother ride home. Even though it was only for a short time, it was a very amazing experience. 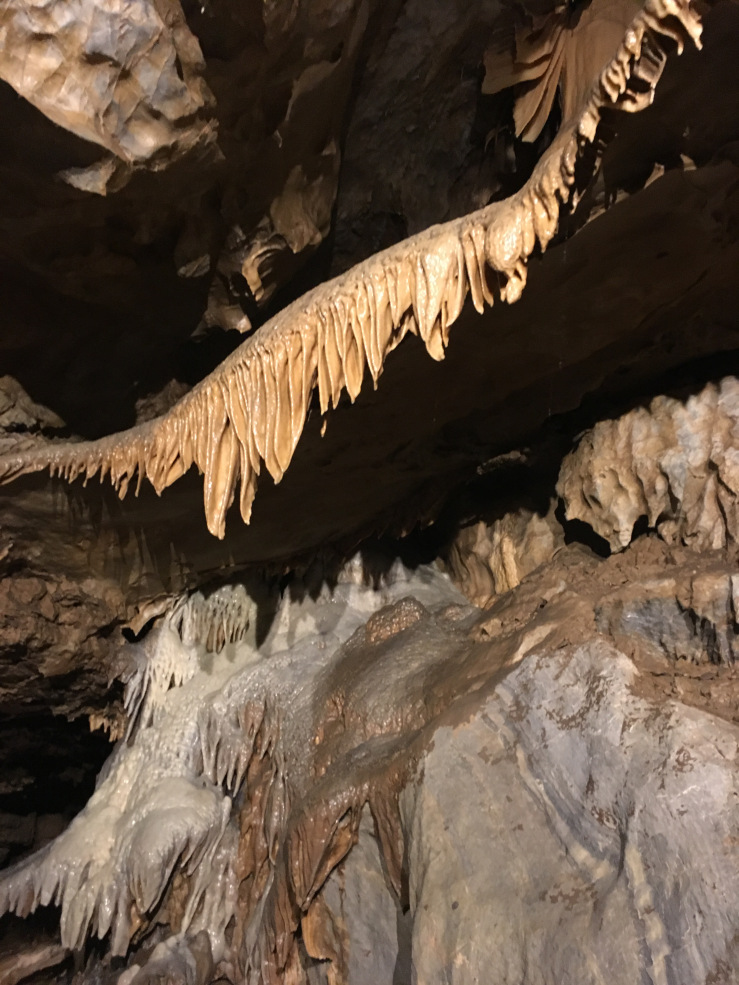 After my return, it was Easter time! As many of you may have heard (or haven’t) the Czech Republic has very unique Easter traditions. One of the most common ones was very shocking to me. On the morning of Easter Monday, men and boys will go to the square with these branches with colourful pieces of ribbon on the end. They will “whip” (more like lightly tap) the butts of women and girls. This isn’t meant to cause harm or suffering. They will say a traditional verse just wishing good luck, health, beauty, and fertility for the rest of the year. The girls then will give them something in return like chocolate, another ribbon, or maybe some alcohol. I didn’t go to the square, but my host parents went to Prague. Of course there are hand-painted or decorated eggs. Easter in the Czech Republic is one of the happiest times! 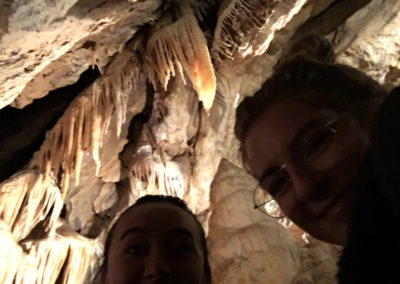 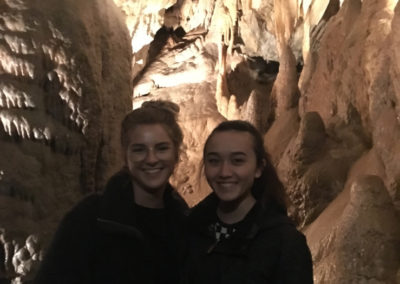 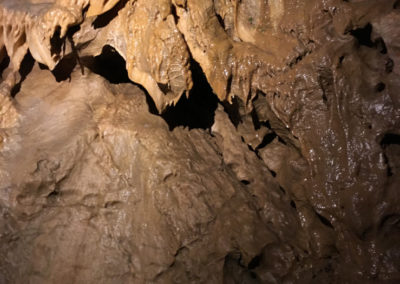 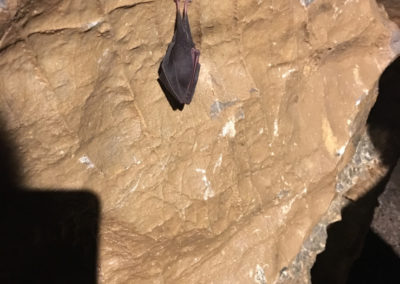 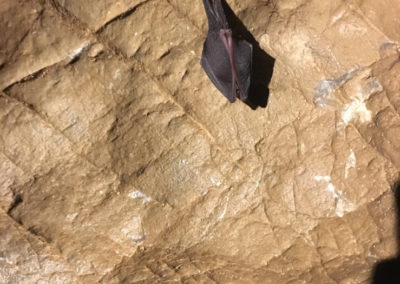 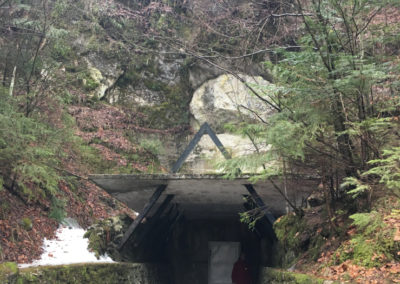 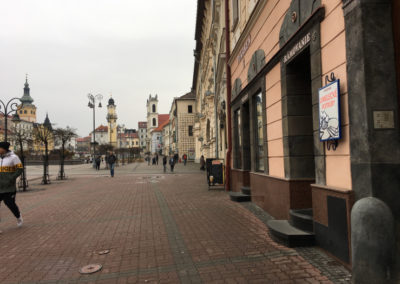 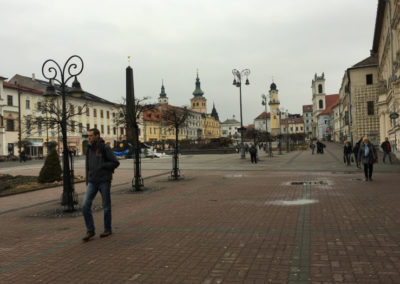 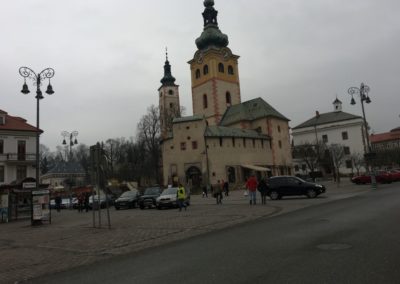 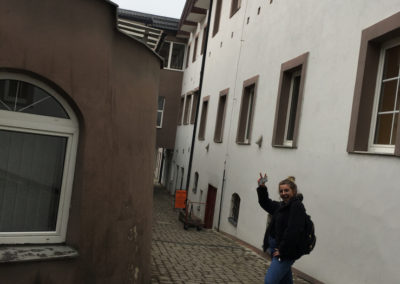 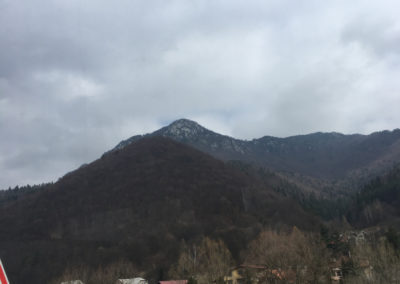 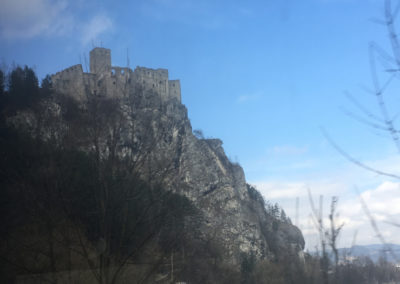 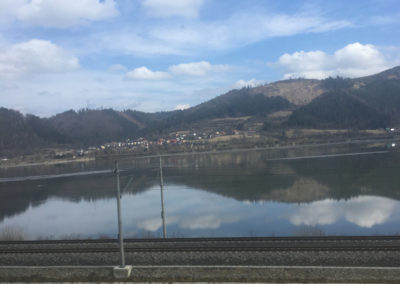 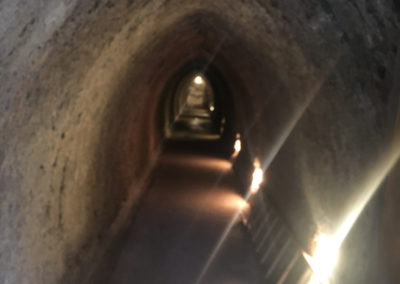 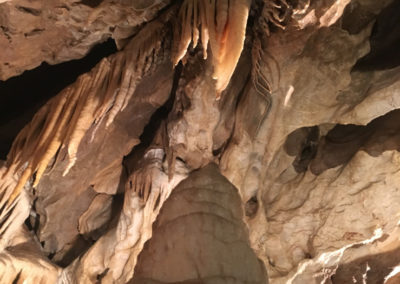