I’ll start off with Christmas. The holiday is primarily celebrated on December 24th, called “Štědrý Den” or “Generous Day.” The day is spent with family, preparing for the evening feast that is to come. It is tradition to fast all through the day so that you’re able to see a vision of “zlaté prasátko” or the “golden pig” appear on the wall before dinner – a sign of good luck. Although seeing a golden pig does sound enticing, my family and I weren’t exactly able to make it through the fasting because of all the yummy “Vánoční cukroví” or “Christmas cookies” lying around.

We also had some family visit during the day, so we shared some appetizers such as snails and bread with them. At sunset, the Czech Christmas dinner begins with “rybí polévka” or “fish soup” after the first star can be seen in the night sky. The soup is followed by “český kapr” or “fried carp” and “bramborový salát” or “potato salad.” Carp might not be the first thing that you think of when imagining a local delicacy, but I really love all of the the unique traditions associated with it. The Třeboň region here in the Czech Republic is famous for its carp farming, producing approximately 3,000 tons of them each year! These carp are transported to Christmas markets all over the country where Czechs buy them live. The carp are then taken home and left in family bathtubs to swim around until it’s time to prepare and eat them. The fish also offer another chance for good luck for the year to come, as it’s tradition for everyone in the family to take a scale from the carp and keep it in their wallets until the following Christmas.

I really enjoyed having the potato salad because it’s a very homey food for me, considering both of my grandma’s have killer recipes. After the dinner, “Ježíšek” or “Baby Jesus” brings the presents and leaves them underneath the Christmas tree. When a bell is sounded, children know it is time to come and open up all the presents Ježíšek has left them. The rest of the night is spent around the tree drinking, singing, eating sweets and playing with new presents. I had a lot of fun learning about these traditions with my host family and I’m so thankful for the way they made me feel at home during the holidays, which is often a hard time for exchange students. 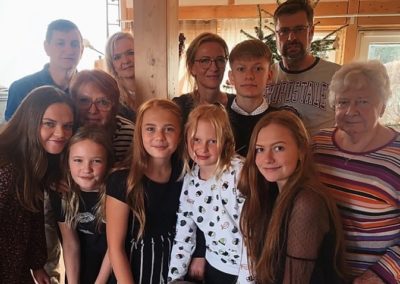 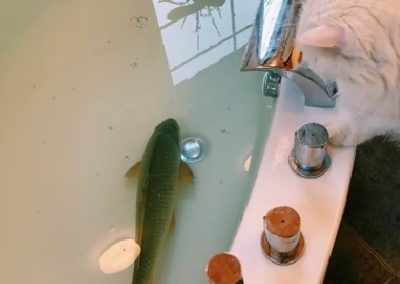 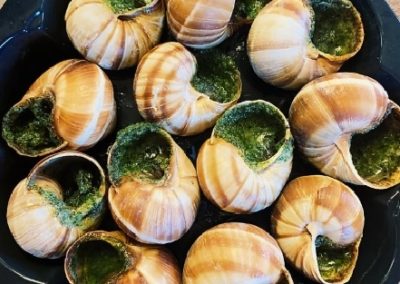 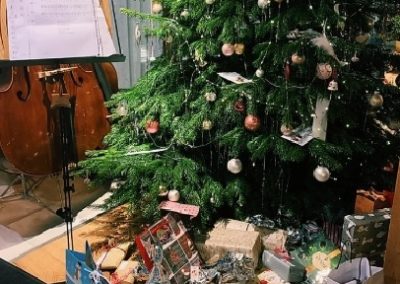 After break it was back to my regular school routine. To be honest, school is quite boring for me here because my Czech is still not good enough to the point where I am able to actively participate in class. I spend most my time reading, studying Czech, talking with classmates and watching Netflix. It’s been a big change in pace for me considering the amount of time and effort I’ve put into school most of my life. It’s kinda funny how I find myself missing homework, studying and writing papers this year. I’m sure that after a week or two of college that will all change though and I’ll be wishing things were like this again, so I’m trying to relax and just enjoy it. I got a gym pass recently, so I’m able to go there everyday after school which helps me feel more productive and is a great mood booster for me. I’ve also found many fun things to do on weekends that keep me busy. Below are pictures of things I’ve been up to in my free time. 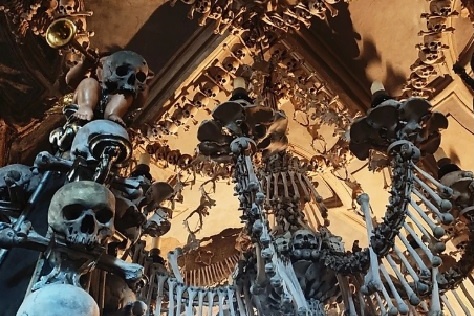 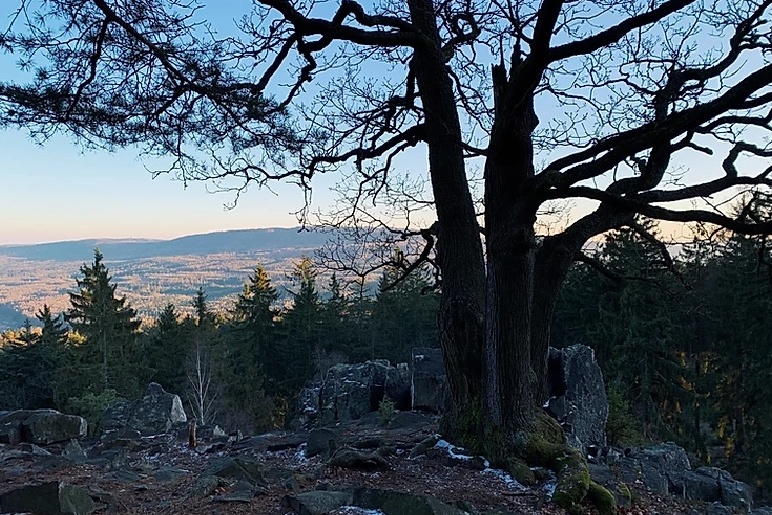 The last thing I wanted to make sure I wrote about in this post was our Winter Rotary Meeting in Třebíč, CZ. At the beginning of my exchange, I had my first orientation with all of the 72 exchange students who were placed in Rotary District 2240 (Czechia and Slovakia). If you remember from that blog way back in September, I had a great time with them and was really looking forward to the next time I got to see them. Unfortunately, I missed that meeting because I was traveling with my host family. That meant that this weekend at the end of January was the first time I got to see most of them in four months! It was so great to be with everyone again. For this meeting we were separated by country, so only the other Czech inbounds were there.

When we arrived in Třebíč the first night, we had dinner and then met at the top floor of the hotel for our Czech language testing. The language tests consist of three parts: writing, listening, and speaking. I had been studying quite a bit in preparation for these exams and it really paid off. I was able to get a 1 (the highest possible score) on all of them! I still have a long ways to go improving my Czech skills, but this was a nice reminder of how far I’ve come in the last five months.

We didn’t get much sleep, but of course had to be up for breakfast bright and early the next morning. We spent most of the day Saturday doing typical sightseeing around the city. We also had to make sure we were prepared for our first debut of our performances for the District Conference in May. The District Conference is a big event hosted by our Rotary District each year where they showcase the talent and culture of the inbounds. Together, all 72 of us must sing two songs in English, followed by a song in Slovak sang by the Slovak inbounds and a song in Czech sang by the Czech inbounds. Then, each country must prepare some sort of performance that illustrates their culture. The United States decided to do some sort of “dancing through the decades” performance, where we divided into groups representing each decade since the 1920’s and picked a dance or two that we think best showcases the style of that decade. I’m doing the 1950’s and we choreographed a dance to a song from the movie Grease. On Saturday evening we did a run-through of the whole show in front of some Rotarians and the Rotex, who then critiqued us and helped us make changes. We ended up having to stay up really late, as the performances all had to be perfect before we were allowed to go to bed!

Sunday morning we had breakfast and sleepily said our see-you-laters before traveling back to our various host cities. Overall it was such a nice weekend and I’m really looking forward to seeing everyone again in the Slovak mountains next month for Ski Week! 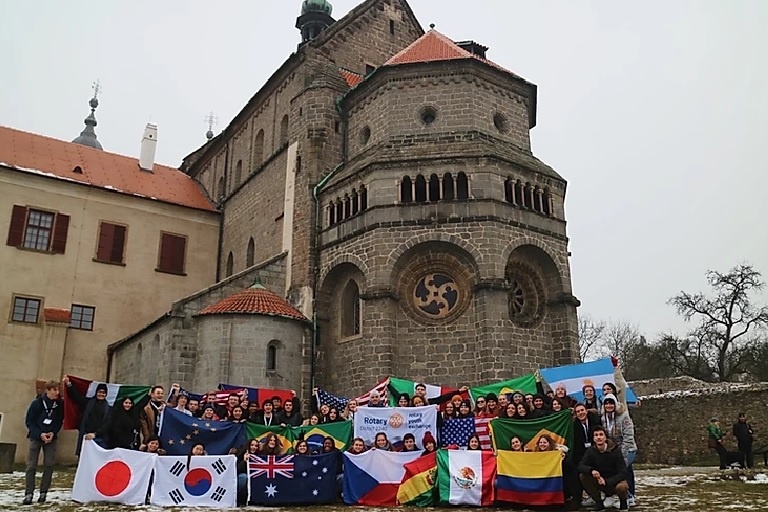 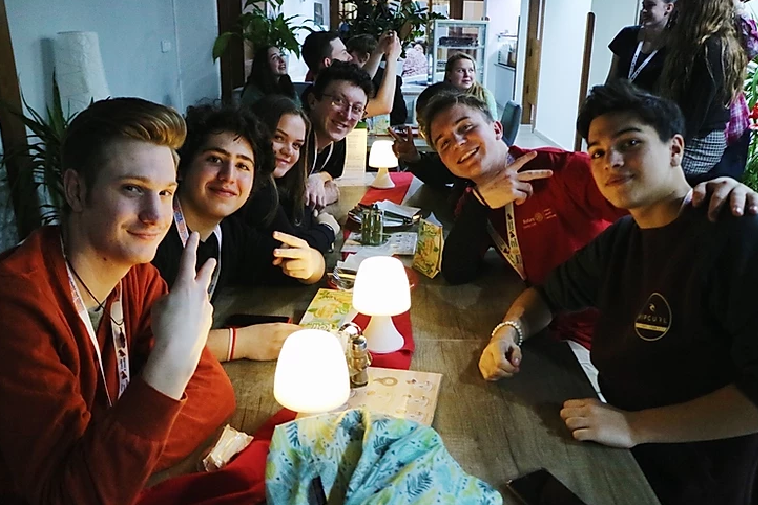 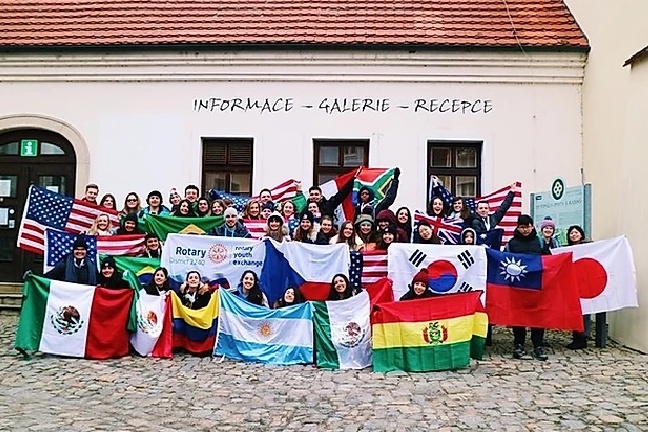 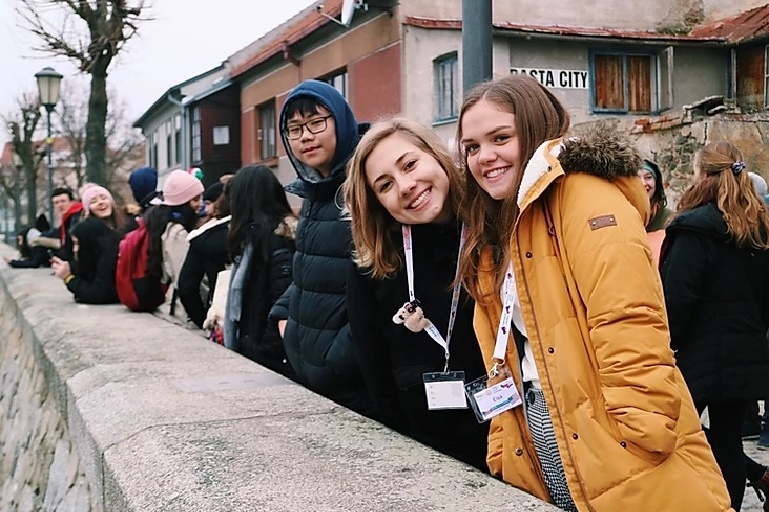