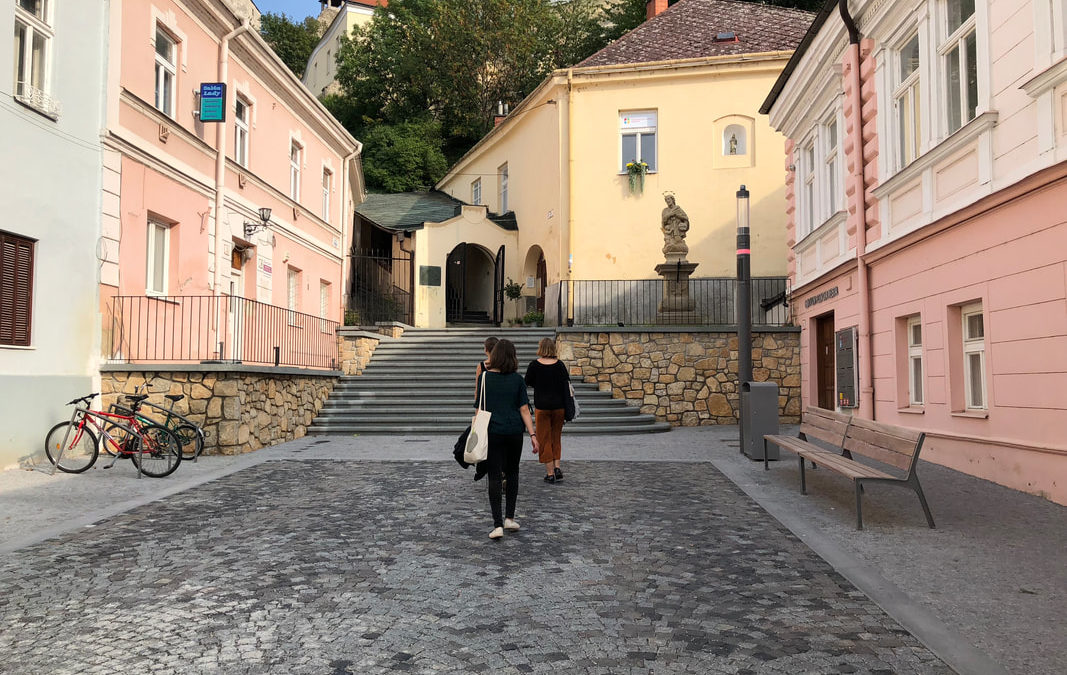 Today was the first day of school!! My alarm was set for 6:00am and I got to school around 7:00. Since it was just the first day, my dad drove me. It was miserable and down-pouring but I was still excited. My friend Adam and his friend Gabika were waiting for me at the front door. They gave me a quick tour of the school while trying to find my class, 3C, which was literally impossible to find. We gave up and just went back to his class.

All the kids in his class were so nice, hugging me and introducing themselves. When school started, Adam brought me to the front office where they made me a school card and brought my to my class. The principle walked me into the class and yelled in English “THIS IS YOUR NEW AMERICAN FRIEND, HE’LL BE JOINING YOUR CLASS FOR THE REST OF THIS YEAR.” and walked right out. Everyone was just staring at me, it was so awkward. Some girl told me I could sit next to her and I was so thankful she did.

My class was definitely less friendly than Adam’s class as most of them just stared at me in confusion. It got even more awkward when I found out that the seat I was sitting in was supposed to be the seat of the girl’s boyfriend. Let me also explain that in Slovakia, the seats you chose the first day are the seats you have for the rest of the year, and you will have every class with the same classmates. My class teacher was very nice and introduced me again.

The next two hours she went over school rules and the class trip tomorrow to Scandinavia (which I wasn’t allowed to go on sadly) and then let us leave for the day. In all of Czechoslovakia, the first day is just a few hours! I left class by myself and was about to call Adam to meet him and his friends at a cafe when the kids in my class asked me if I wanted to join them at a restaurant! I was really happy cause this meant they didn’t hate me haha! We first went to a restaurant to eat. I ordered a 4 cheese pizza which I ended up not liking haha, but my host brother Sam happened to be at the same restaurant! My classmates were shyer but asking me questions and telling me a little about their lives. 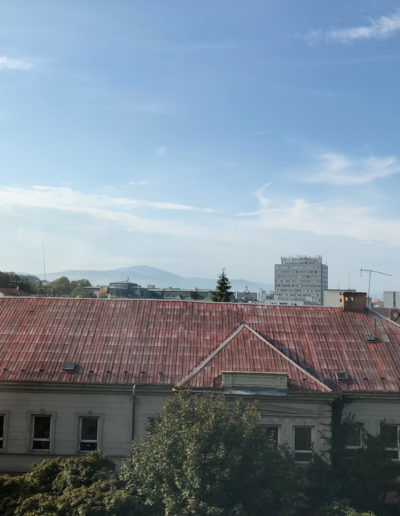 The view from my classroom 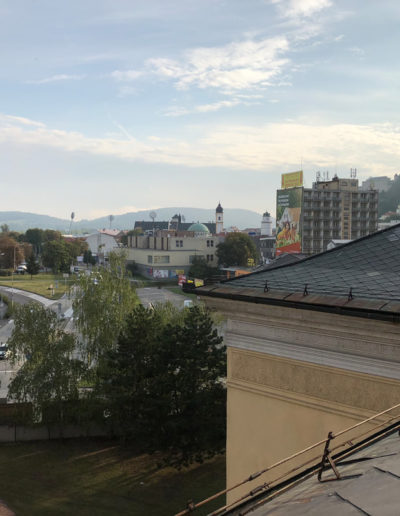 View of town from another classroom 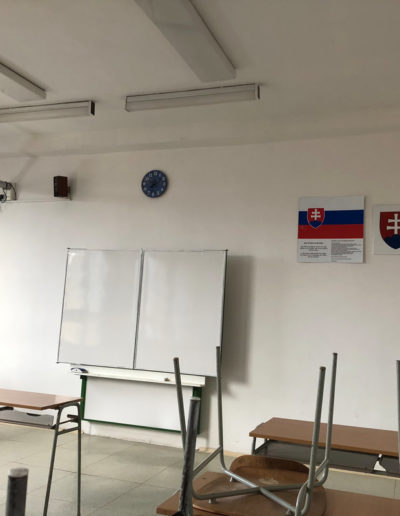 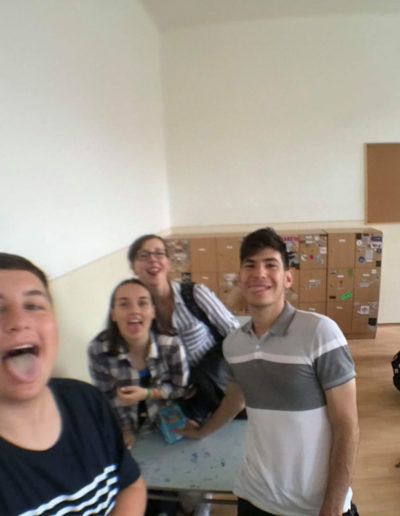 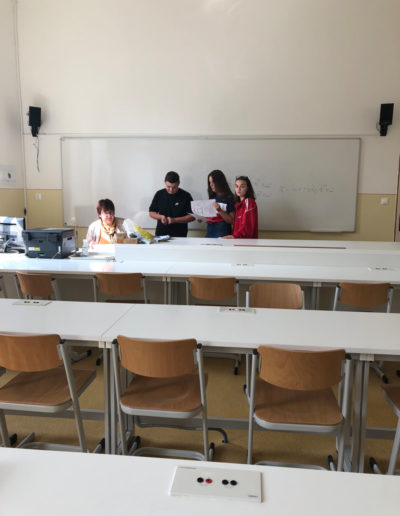 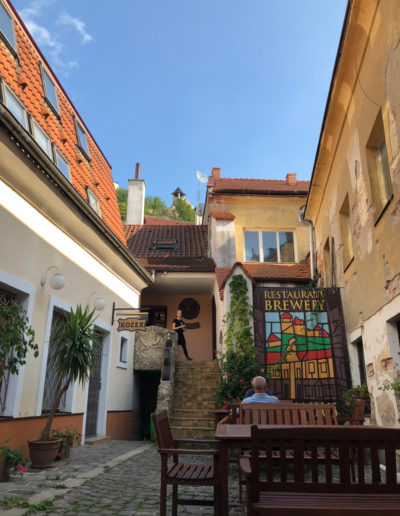 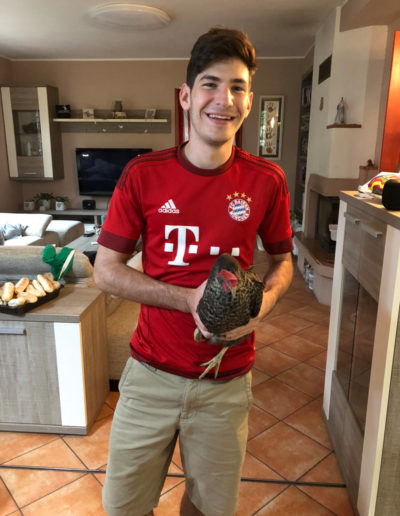 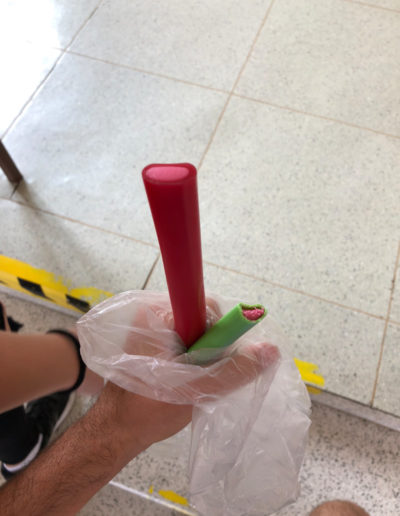 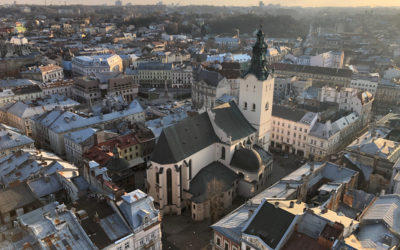 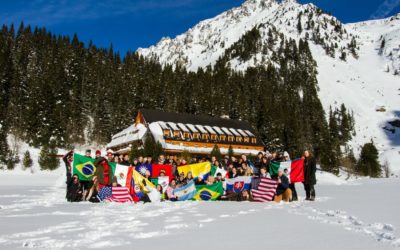 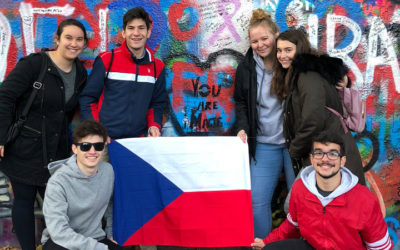 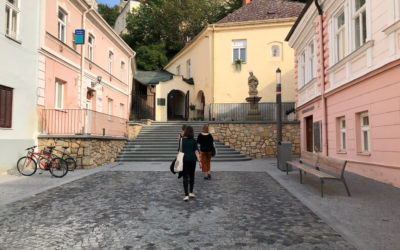