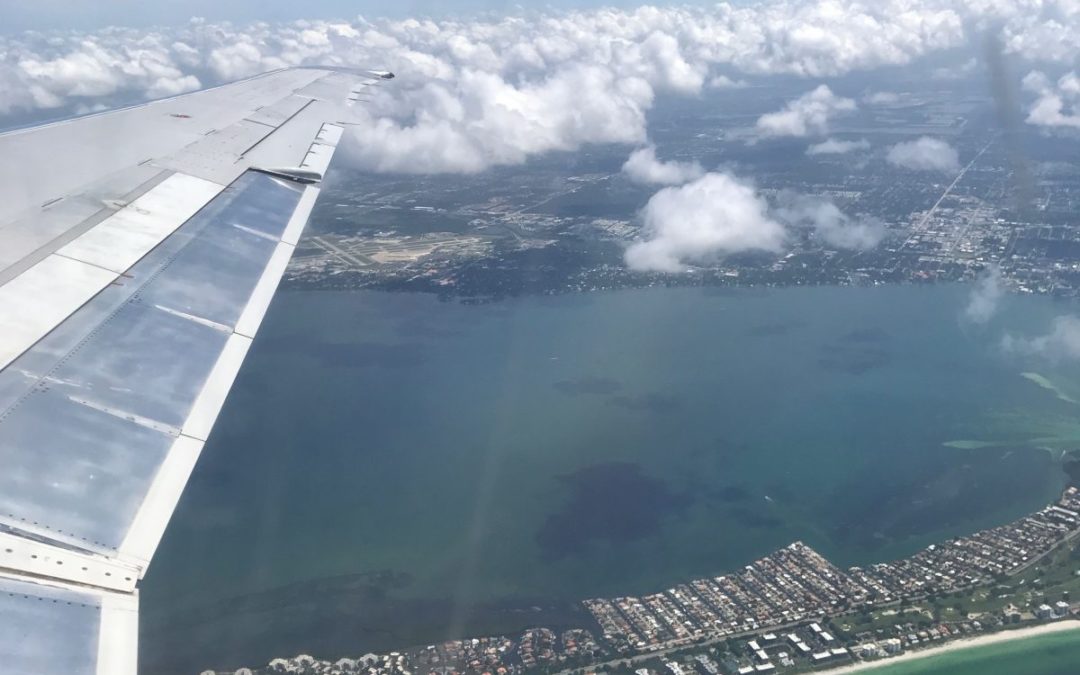 I managed to get most of my packing done (more about that in another post) the night before I left – I wound up deciding to pay for an extra checked bag so I had a total of two 50 pound checked bags and two carry-ons – but right before we left for the airport the next morning, the strap on one of my larger suitcases broke! I had to transfer all my stuff to a different suitcase and change it all around last minute. Under normal circumstances, this wouldn’t have been a big deal, but in this case it was super stressful to have even one little thing go wrong like that. Even so, we made it out of the house on time and to the airport!

The second tragedy struck when one of my suitcases was overweight. Believe me, even with the extra checked bag, it was not easy to pack up your whole life into 150 pounds of luggage. Especially for someone so high maintenance like me. Not easy at all. The problem was the mixed-nut butter.

Let’s pause just for a second so I can tell you about this nut butter; Trader Joes makes an A.M.A.Z.I.N.G. one with almonds, cashews, walnuts, hazelnuts, and other yummy goodness. I really wanted to bring some with me to Slovakia so that I could A. share it with my host family and B. have some when I get homesick because apparently peanut butter isn’t a thing here. Unfortunately, two very small jars weighed almost two pounds. That meant that if there was a problem with an overweight bag, I would have had to take out some nut butter and ONLY TAKE ONE JAR with me to Slovakia. Like I said, tragedy.

Luckily, the airport lady was super nice and let my heavy bag slide, so I got to keep BOTH jars of nut butter. Hallelujah. Oh, and she also let my parents walk to the gate with me which was also very sweet of her. (Note to parents: Apparently, you can only walk with your kids to the gate if they’re minors, or if you’re a veteran. Or you can play the “my-child-is-going-to-another-country-and-we-won’t-see-her-for-a-whole-year card and I guess that works too.)

Like a good little traveler, I had planned to be the airport about an hour and a half before boarding, so we had quite awhile to wait. It was hard when it was finally time for me to get on the plane from Sarasota to Atlanta, but my parents handled it really well. And by “really well” I mean that there were only a few tears. All good though.

I met up with Ashley in Atlanta. (She’s another exchange student from Orlando who is also spending the year in Slovakia – but in a different town.) I was really happy that we were able to arrange the flight from Atlanta to Amsterdam together because 8 hour flights are miserable. Besides, if something went wrong and you’re with someone else, it becomes an adventure instead of another tragedy.

As it turns out, we did wind up having to avert another tragedy because when we booked the tickets, we couldn’t get seats next to each other. We thought we blew it when the first lady we asked wouldn’t switch (what kind of heartless person could refuse two exchange students?) but the second lady was wonderful and finally agreed to let us sit together.

Even with the added comfort of having someone familiar to sit next to, I didn’t really sleep on the flight. Although, there was a point where Ashley’s head was on my shoulder and my feet were across my lap and I swear the flight attendants were laughing at us. Sorry, no picture of that part.

We arrived in Amsterdam around 8:30 a.m. CET (for the record, that’s 2 a.m. EST, so at that point I’d been awake for almost 18 hours and had another 7 to go. Add 6 hours to all that if you want to factor in the time difference. It made me even more tired just thinking about it. But, at least the Amsterdam airport is nice. There was some confusion because I thought we had to claim our luggage and go through customs in Amsterdam, but as it turns out they were checked all the way to Vienna. We didn’t have any problems going through passport control and made it to the gate for our next flight with a few hours to spare.

As Rotary requested, we both wore our exchange blazers and collection of pins in the airport. Even though they warned us about the staring, I wasn’t prepared for everyone to ask questions about who we were and where we were from and where we were going. Honestly, it was kind of cool and a great way to start conversation. Besides, it was an excuse to make mistakes – I don’t mean on purpose or anything – but for example, when we were confused about the luggage the first thing I said was “Hi, we’re exchange students. Can you help us?”. We were also told that if we wore our blazers, there was a chance we would get upgraded to first class. Ashley and I felt slightly cheated and more than a little disappointed when this didn’t happen on any of our flights. 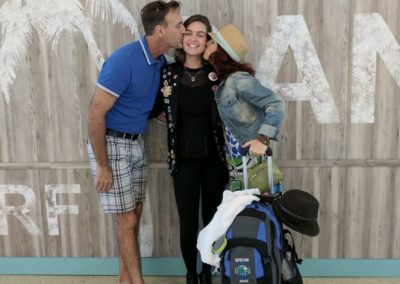 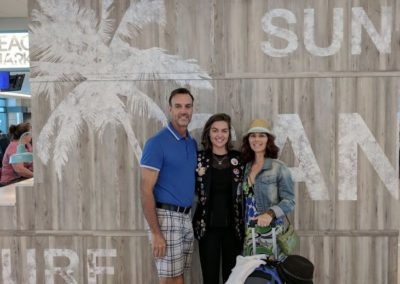 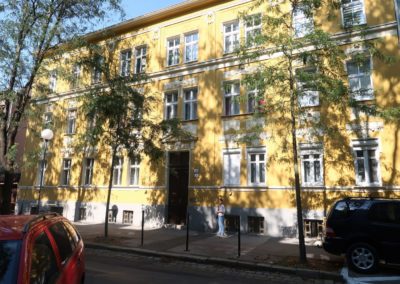 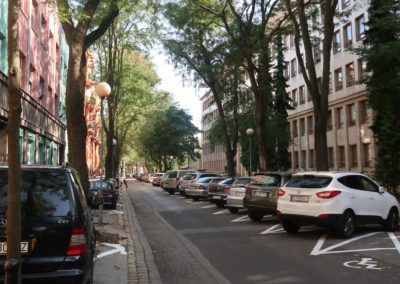 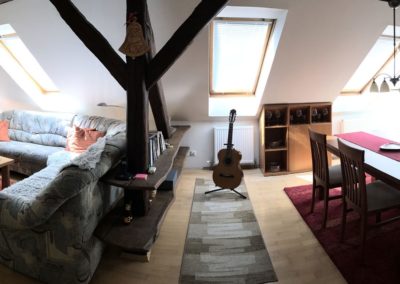 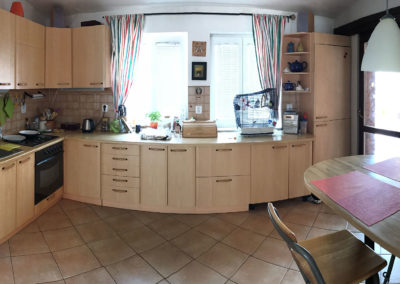 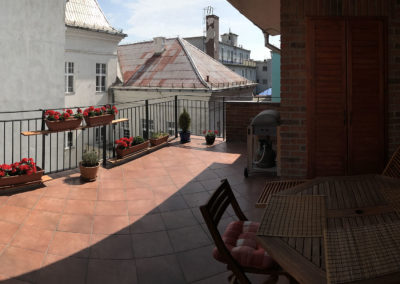 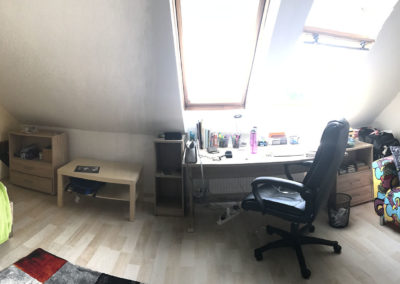 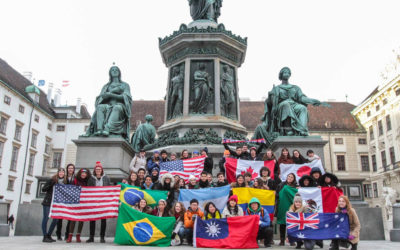 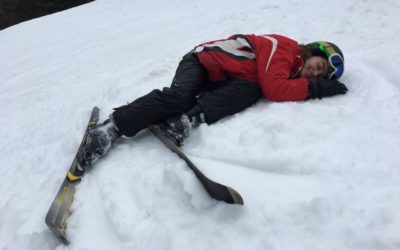 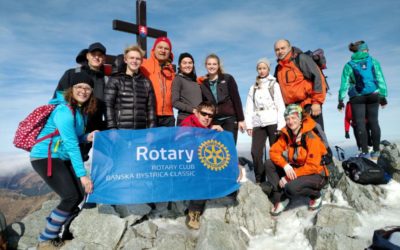 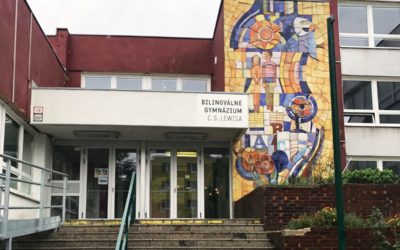 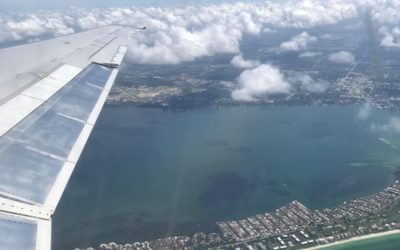